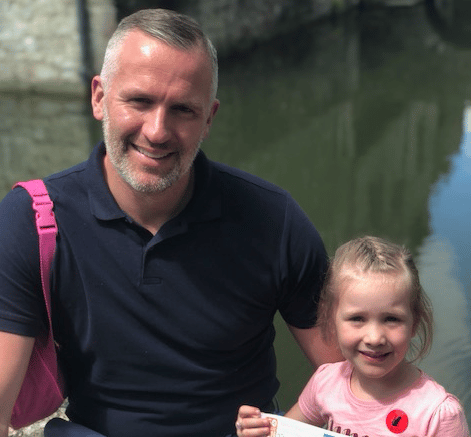 The invasion of Ukraine has sent UK energy market into turmoil over the last week. Pricing has increased over the last week by c.80% and is already up on average by c.250% since mid 2021. UK wholesale gas prices are now trading at £4.50 a therm, to give this some meaning, 2 years ago prices were trading at 50p a therm.

90% of the UK’s gas comes from the North Sea and Norway, but while Britain only buys around 5% directly from Russia you could be excused to think this wouldn’t effect the UK to badly, however Europe buys the majority of its gas from Russia and when there is supply disruption in Europe, it pushes prices up across the whole of the market whilst other European nations scramble to purchase their gas requirements from other sources to meet demand.

How Reliant Is Europe/UK ON Russian Gas?

Europe depends on Russia for around 70% of its natural gas with most transported by pipelines from Russia into central Europe. Some pipelines transit via Ukraine, while others take alternative routes such as via Belarus and Poland on the Yamas Europe pipeline to Germany, and via the Nord Stream 1 which runs under the Baltic to Germany. For decades the European Union has heavily relied on Russia’s oil and gas, generating money and cash for Russia. But Russia is also reliant on revenues from fossil fuel sales, which make up around two fifths of government revenue. Since Russia invaded Ukraine, British Petroleum (BP) ditched its 19.75% shareholding in Russian oil giant Rosneft. Several other fossil fuel companies including Total Energies, Shell, Equinor, ExxonMobil are also ceasing ventures with Russian majors.

UK gas prices have risen to record highs of 450p / therm as sanctions on Russia have been tightened over its invasion of Ukraine and amid fears of supply disruptions. Gazprom, which has a monopoly on Russian gas exports via the Nord Stream 1 pipeline into Europe, said on Monday it was still shipping gas to Europe via Ukraine in line with customers’ requests. Nord Stream 2 has filed for bankruptcy so this will add to the European supply disruption for the mid term.

Where Else Can Europe Get Supplies From?

Some European countries have alternative supply options and Europe’s gas network is linked up so supplies can be shared, although the global gas market was tight even before the Ukraine crisis. Germany, Europe’s biggest consumer of Russian gas which has halted certification of the new Nord Stream 2 gas pipeline from Russia because of the Ukraine crisis, will now have to consider importing gas from Britain, Denmark, Norway and the Netherlands via pipelines and this tin turn will push up wholesale gas prices in the UK, which is already starting to happen as traders shift their trading positions away from Russia.

Although the UK only receives around 5% of its gas directly from Russia, the rest of the UK’s demand is made up from North Sea generation (55%) and Norwegian pipeline (25%) and LNG imports from USA (15%) and if this demand is taken up from other European counties due to supply disruption from Russia into Europe, this then pushes up the gas spot prices as we have seen over the last week from 200p / therm to now 450p a therm. The United States, which exports shipments of liquefied natural gas (LNG), has also sought to help Europe by asking LNG producers at home and abroad to ramp up supplies. LNG imports to northwest Europe, including from the United States, have hit record highs this year. However Qatar, one of the world’s top LNG producers, has said no single country can replace Russian supplies to Europe, with most volumes tied to long-term supply contracts.

Europe’s LNG terminals also have limited capacity for extra imports, although some European countries say they are looking at ways to expand imports and storage. European Union energy were holding talks on Monday to prepare for any supply shock and work on steps to boost stocks.

Has Supply To Europe Been Disputed Before?

The last 15 years have seen several disputes between Russia and Ukraine over gas, mostly to do with prices paid. In 2006, Gazprom cut supplies to Ukraine for one day. In the winter of 2008/2009, Russian supply disruptions rippled across Europe. Russia cut off supplies to Kyiv in 2014 after Moscow annexed Crimea. Ukraine stopped buying Russian gas in November 2015 and has instead imported gas from EU countries, by reversing the flow in some of its pipelines. Retaliation for sanctions or the conflict in Ukraine will damage supply routes and supply generation across Europe and into the UK for some time to come till supplies can rebalance themselves, which could take many months (if not years) due to weaning ourselves off Russian dependence.

Are There Any Options To Cope With An Energy Supply Crunch For Europe?

Several nations could seek to fill any gap in energy supplies by turning to electricity imports via inter-connectors from neighbouring states or by boosting power generation from nuclear, renewables, hydropower or coal. Extra supplies would come from coal, bioenergy plants and renewables, such as wind and solar. But nuclear and hydropower output is expected to drop in 2022 from 2021. Nuclear availability is falling in Belgium, Britain, France and Germany as plants are facing outages as they age or are decommissioned or phased out. Europe has been targeted to shift away from coal to meet climate targets but some coal plants have been switched back on since mid-2021 because of surging gas prices. Germany has said it could extend the life of coal or nuclear plants to cut reliance on Russian gas however this does come at an impact to the environment.

“I turned professional as a cricketer for Sussex in 1999 when I was 19 years old, and then in 2003 moved to Derbyshire for 3 years, so I had 7 wonderful years playing professional cricket for Sussex and Derbyshire, travelling all around the world, which gave me a good grounding of how to work in a team environment and be a team player. My playing career came to an end in 2005 (I was a fast bowler) so my knee and back gave up on me at the young age of 26 so I was thrusted into the big world of ‘real’ work.

In 2005 straight after I stopped playing cricket, I was fortunate enough to get a job working for a large energy consultancy in East Grinstead and that’s when I moved to Tunbridge Wells from Sussex. I had 9 wonderful years learning the trade of energy procurement and in 2014 I set up my own business called Fidelity Energy, which has 40 staff and services over 3,000 clients – it continues to do very well to this day.

I’ve been in the energy industry for 15 plus years now, but lockdown allowed me to shift my focus from running a big sales team and the stresses that comes with that to refocus on family life and that’s when Energy Pal, located in Tunbridge Wells was born.

We all know how difficult it has been for many local businesses during the last 12 to 18 months during various lockdowns, so I decided that servicing the local community was what I really wanted to do making sure they were getting the right energy advice and guidance.

Energy Pal helps UK business customers get the best value from their energy contracts. Business energy is a minefield of different suppliers, products, and tariffs so we ensure that we due diligently selects the best suppliers, products, and tariffs for businesses. We remove the stress of dealing with the energy contracts by contacting the existing and new supplier, as well as managing the full switching process throughout, from start to finish. Buying at the right time by constantly monitoring the market is key to achieving price stability.

My focus for Energy Pal is to service locally within a 10-15 miles radius of Tunbridge Wells (although we service nationally, therefore I set up Energy Pal to service locally) We look after many well-established local businesses in and around Tunbridge Wells and it’s given me a great deal of pleasure to give energy procurement advise to all the local businesses over the last 12-18 months.

We want to keep building trust within the local community by helping as many local businesses as we can to get them on to the right energy tariff structure.”

Energy Pal helps UK business customers get the best value from their energy contracts. Business energy is a minefield of different suppliers, products and tariffs and Energy Pal ensures that it due diligently selects the best suppliers, products and tariffs for your business. Energy Pal removes the stress of dealing with the energy contracts by contacting your existing and new supplier, as well as managing the full switching process throughout, from start to finish. Buying at the right time by constantly monitoring the market is key to achieving price stability.