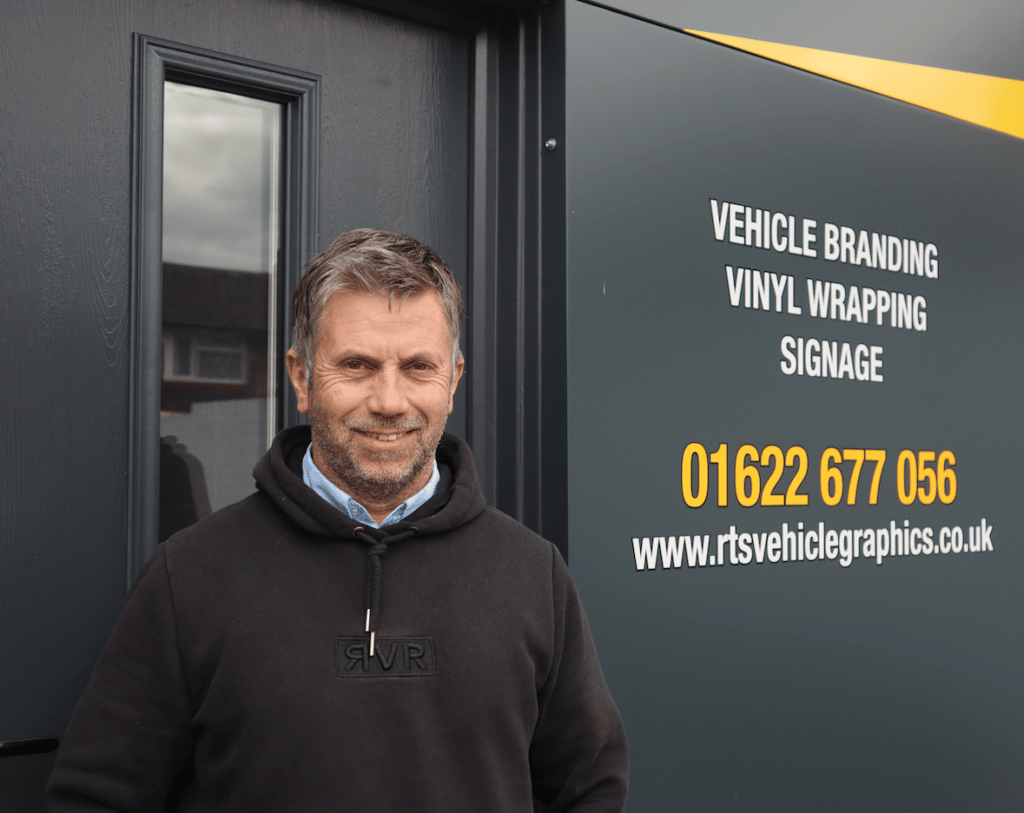 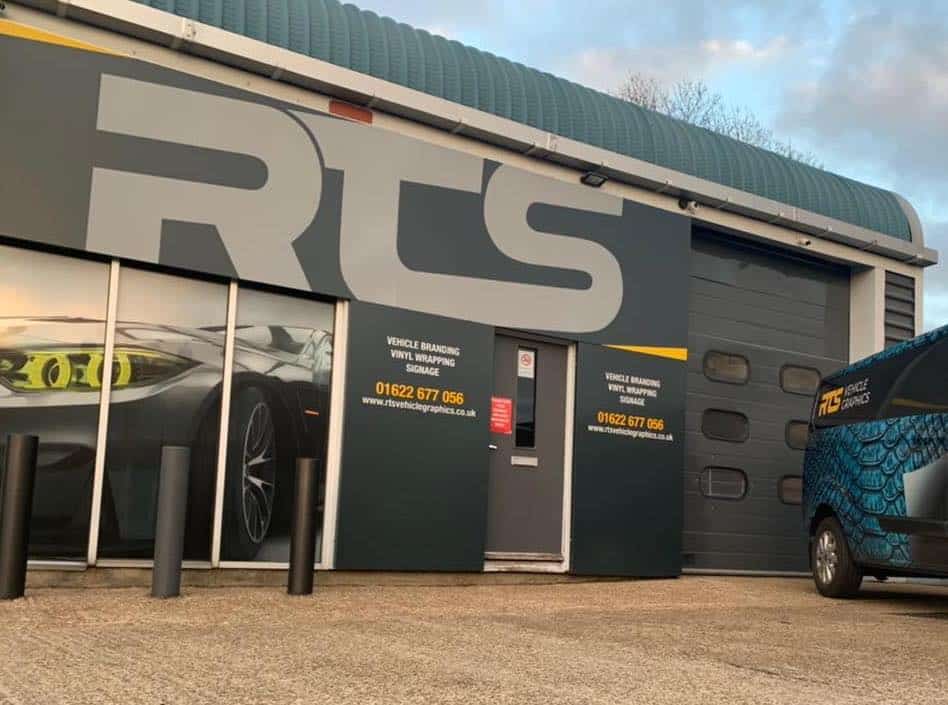 “I started work at Haynes of Maidstone at 16 years old as a spray painter, which is where I did my apprenticeship. One day, a sign writer came into the dealership to do some car graphics, and I really liked it and told him I wouldn’t mind having a go at doing it myself. So, he took me on, I worked with him for a year, I then quickly realised that I should be doing it for myself.

At twenty years old I started RTS and set up on my own, visiting dealerships, doing go faster stripes on the cars, which then went into doing signwriting with vinyl cut lettering. I bought a 300 mm wide plotter, which was the slowest machine in the world, but in those days it was the modern thing to do, and have. Then with the signwriting we went on to use illustrator and photoshop, then with digital print coming along we’ve had wide format and HP latex printers and the machines got bigger and faster and faster. I took on staff, my son and my stepson worked with me and I trained them up, showing them how to use the printers and cut the vinyl etc.

We moved to this site in the year 2000, primarily as a vehicle graphics company, taking care of anything from self-adhesive vinyl lettering to sign writing. Signwriting is just sticky letters, but then it went to digital print and then to full wraps, which now on commercial vehicles is a great way to advertise a company. Added on to that we do car graphics as well, different designs and all car wraps, we can change the colour of a car from black to white, or white to green, whatever is needed, this also protects the paint. We can just do roof wraps, the viper stripes over the front on the roof and down the back. We also do signage, builders boards and shop signs with illuminated 3D stand-off letters, panels and window frosted manifestation as well as one-way vision on glass. In our workshop we can get up to a seven-ton vehicle to work on, a lot of the bigger stuff is done out on the client’s site premises.

We do three to four jobs a day, anything from single vans to fleets of vans, on Saturday we will be doing a massive job with twelve trucks to do!

Taking a plain vehicle, signwriting it and wrapping it with someone else’s name on, is the best part of it for me, especially when you see the customers face when they see it. We can show them a paper visual or a visual on an email and they can see it flat on a screen or a piece of paper, but, when they see it on their van or car, that is real job satisfaction for me. Having something visual to show, as an end result, works really well on our social media channels and we work really hard on that.

Julia, our in-house designer can take someone’s thoughts and design them something just from what they think they want, visually. They might think that they want a picture of a field or a road or flowers, for example, on their van, we can take what they think and create the vision and design something for their approval. We’re very good at presenting designs to clients which have been conceived by them but designed by us.

Using only the best materials we can create fantastic wraps, transforming your vehicles either into a solid new colour from our range of specialist materials or by digitally printing graphics to create a seamless design that will certainly turn heads.

Our expertise also extends to our specialists installation team that work very hard to make the final stage of this process work to perfection.