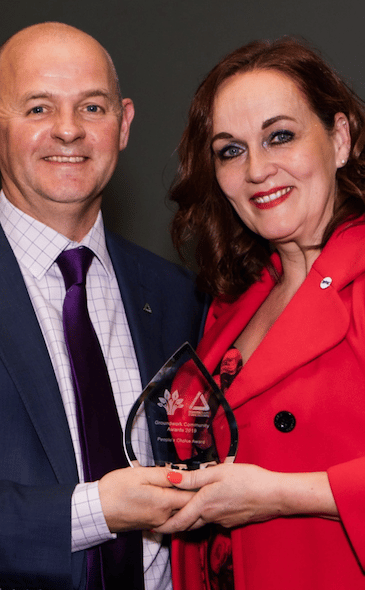 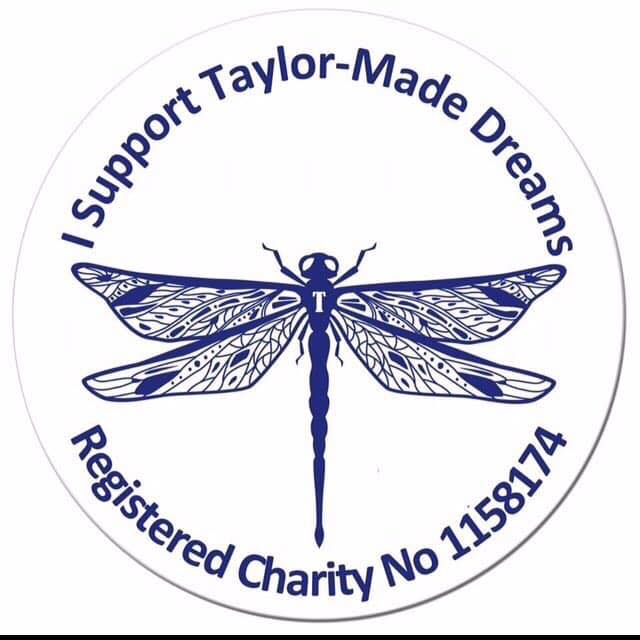 “When COVID-19 hit in March, we had to act fast and respond to the immediate change in need of our children and their families, not only did our families have a children with life limiting and/or terminal conditions, they were burdened with the added worry of the pandemic in an already unbearable and inconceivable situation. To ensure the unwell children we work with could be best shielded from the pandemic, we immediately expanded our service to provide 200 essential food and hygiene support packs a month to families in need all across the South East of England, four months on, this has proven to be a life line to many who are genuinely struggling in these challenging times.

We continue to offer all our other services alongside the support packs including telephone counselling, medical sheepskin fleeces, medical travel grants, and of course our Taylor Made Dreams ‘bucket list wishes’ – We recently set up a text donate number to support this side of the charity – If you would like to support the work we do, please text: TMDWISH £5 (or any amount you wish up to £40) to 70085 or if you would like to support the charity on a monthly basis, please text DRAGONFLY £10 (or any amount you wish up to £40) to 70085 – Seeing the positive impact of our support is truly humbling, and I personally feel that being a key worker in these challenging changing times has been a genuine privilege. Every day I am reminded about how precious life really is, and working with our amazing, inspirational children and their families truly is a gift. The children are fighting for their lives with courage, and more often than not, a smile, something we could all learn from. A quote I love – “They call today the present, because its such a gift”

“One of the most exciting things that happened to us recently was being nominated for the health and wellbeing category in the Groundworks UK awards – lots of people voted for us. We were invited up to the award ceremony at the Horse Guards Hotel in London last November, we didn’t actually win that award, but we were absolutely delighted and felt very honoured to actually be there. It was a wonderful experience. We were enjoying the evening when we were surprised to win the UK People’s Choice Award, which was the overall award of the evening! That meant so much, because we had been voted by the people, it was wonderful because we are South East based, but people voted from all over the country, it was incredible!

From that, we made a wonderful connection with One Stop, which is actually owned by Tesco, they have over 990 shops and we were lucky enough to have one of the managers come in to the office to discuss supporting us in their shops in the South East with collection points, staff fundraising and support by their workforce throughout the year. This all happened from a follow up link from the Groundworks Awards evening, so we’re really pleased with being recognised in such a lovely way.
We’re taking on a full-time fundraiser, which will really help to develop the charity and give me more time to work on the launch of The Taylor Made Dreams Centre which is our long-term vision. So, we’re very excited to be recruiting in February with the help of TN Recruits who have chosen us as their ‘Forever Charity’, which we are so grateful for, they’ve been very supportive. Our new fundraiser will be promoting raising awareness, working with corporate relations, engaging with the community and opening new income streams, as well as promoting and developing our annual fundraising events – Vintage Tea for Tay, the Tay Toddle Waddle and the TMD Wacky Onesie Day (this year falling on Friday the 24th of April)
We’re also taking on a part time IT and social media support as well as a part time office administrator, so the team is steadily growing. This puts us in the place to be able to go forward into 2020, with confidence. It’s a really positive development that we’re actually now in a position to be able to employ people to build on the services that we’ve already got in place for the children. Primarily, we want to reach more children and families, to offer those services out to the South East and grow our referral pathways. At the moment we have 16 referral pathways across the South East including Chestnut Tree House and Demelza, and we want to increase these pathways to meet the needs of more children with life illnesses, over the four counties that we serve.
On Saturday the 14th March, Mainly Madness will be playing at The Forum in Tunbridge Wells, it will be to celebrate my son Taylors’ birthday as he would have been 24 on the 3rd March this year, so a big thank you goes out to all involved especially Jason from The Forum who has allowed the charity to hold this event pro-bono for the past five years!
We have commissioned a couple of promotional films made by Zoom Films, which have been absolutely amazing and such fabulous quality. One with Greg Wallace, where we surprised a young girl that we were working with at a chocolate cake workshop which was enjoyed afterwards at Hotel Du Vin Tunbridge Wells. A big thank you to Hollies Little Cakery for her support on that project!
Zoom Films also helped us with a video a surprise for a little girl who met with our official patron John Bishop at LFC in Liverpool. So, there have been two amazing films that have been created there.
We’ve also got a third film that has been created by Greg Johnson which is an impact video, thank you to Annie our young ambassador for taking part in this film, Annie is a real inspiration and sadly very unwell at the moment, we would like to send her the warmest of wishes.
We’re expanding our services this year to include Travel Grants to primary carers for the expenses they incur when travelling to so many medical appointments, paying parking fees, paying for fuel, and in extreme circumstances, even taxi fares. The grants will help relieve some of the financial pressures associated with childhood illness. We’re also getting a new wheelchair access vehicle in the near future thanks to two grants which have been awarded for this purpose..
Securing a strong committed team within the charity is very important to me, having the right people in the right roles is essential to achieving our aims & objectives. The long-term vision, The Taylor Made Dream Centre is now in sight, a place where all our services will be housed under one roof with holistic therapy rooms, counselling rooms, a family space and the central hub of the Taylor Made Dreams offices where the magic happens.”

My son Taylor, was diagnosed with a terminal condition called Neurofibromatosis Type 11, he struggled for four years battling the condition, he had two brain tumours and multiple tumours in his spine. He was a very active boy and before he became unwell, he played football, was a scout and he was learning taekwondo. When Taylor became unwell, two friends of the family, Julie and Trudy set up Taylors Bucket of Wish’s Association, to help raise funds, so that Taylor could tick of his own bucket list. We had watched the film – The Bucket List together and Tay said that if the medical world ever told me that he was going to die, I had to promised not to tell him. He didn’t want to give up and that was his mantra, never, ever, ever, ever, ever, ever give up, his favourite t-shirt was a Nike one that said those very words on the front.

It was always in and out of the wash because he never took it off! Tay just wanted to live life to the full. When we watched the movie, I asked him whether he’d like to make his own bucket list, he didn’t know that he was terminally ill, but he knew intuitively, he was a really intelligent young man. We were both teary and he said, yes he’d like to do that, so we set about writing the list for him. We did lots of amazing things like have lunch with David Beckham, we went to see his dream team Tottenham Hotspurs and met Harry Redknapp. He had a private fly over from the Red Arrows and wanted all the teenager things too like an iPad, Fred Perry wallet and funky 3D TV. All of these things obviously cost money and as a single parent caring for Taylor at home, those funds weren’t available to me. Thankfully, Trudy and Julie had set up the association and between them, family and other friends, we raised funds so Taylor could tick off his bucket list. It was at that time, that I knew, in the future I would set up a charity to do that for other children and families. Taylors bucket list took away some of the darkness at an unbearable time, and it brought in some light, we had things to look forward to and we appreciated the opportunities and experiences that we were able to share. The pending loss of Taylor was inconceivable and very traumatic for us as a family.

All of the things that have been put in place for Taylor Made Dreams are reflective of my own experience as a bereaved parent and what I believe families need at this critical time. It’s proven from the feedback that we’ve received, that the holistic therapy and counselling service we provide is very beneficial, in fact probably as equal as the bucket list for the children themselves. We’ve had amazing support from local businesses and friends including Diab, Pureprint, Childrensalon, CooperBurnett, AXAPPP, Fidelitiy Internatonal, G.Collins Jewellers, Float and so many more I wish I could mention.

The memories Taylor Made Dreams helps to create keeps Taylor alive, his legacy is now in the smiles of the eyes of children everywhere.

Taylor Made Dreams enables children with life limiting illnesses to achieve their dreams; we also source and financially support holistic therapy and counselling for the families on their difficult journey.