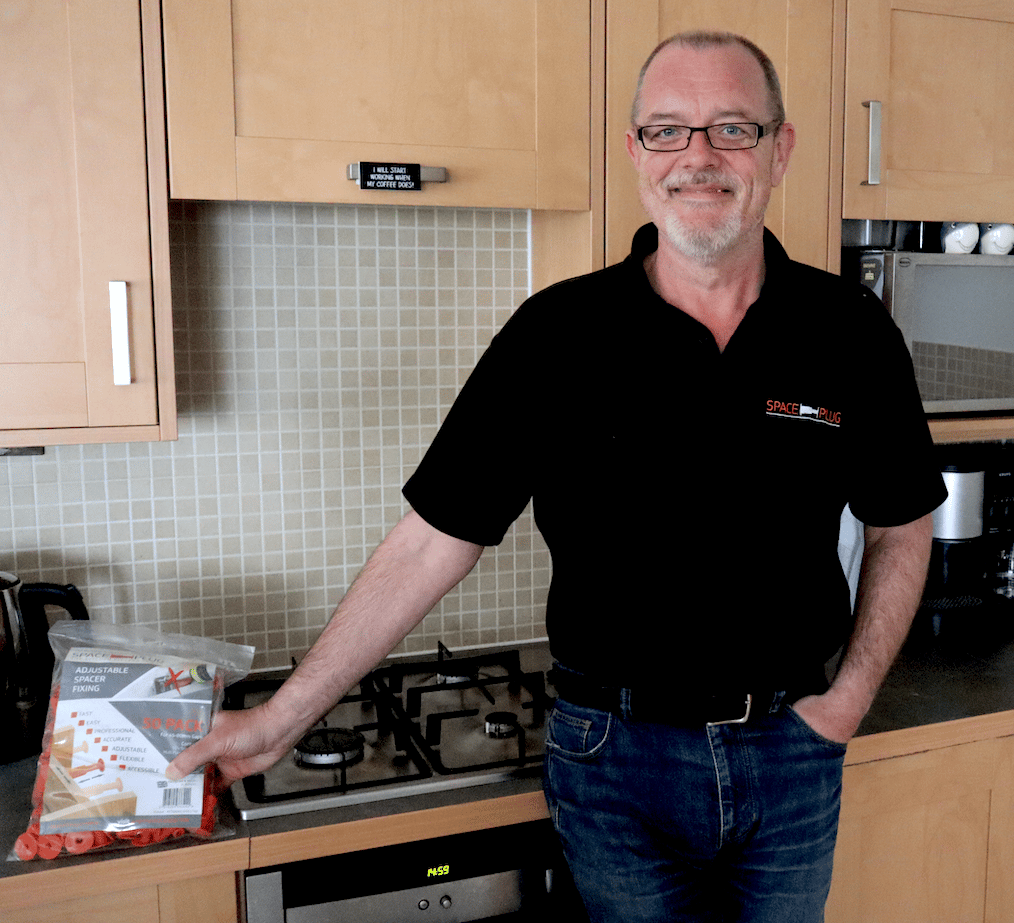 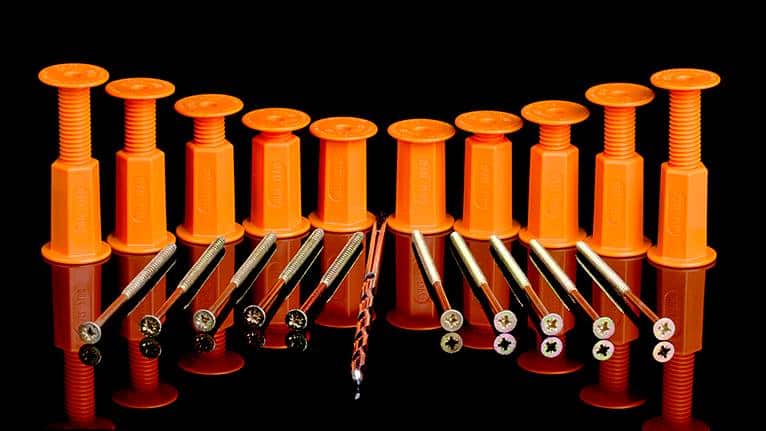 “The idea for Space Plug started when I was twenty-one, I was fitting a kitchen in Larkspur drive in Eastbourne, and was absolutely driven insane by these L brackets, we were trying to come up with a different way to install them. Whilst we didn’t find a way when we were fitting that kitchen, over the next couple of months, I realised that all we needed was a little adjustable spacer. So, I looked around for one but couldn’t find one, as I was quite young, I just figured that someone would make one soon.

I didn’t take much notice of it after then – I was on track with a business career, I did my business degree and worked in the pharmaceutical industry but was getting a bit fed up with the corporate world and where it was going; I wanted to do something a bit more real. So, I jacked all that in to travel around the world, then in 2008 I decided to start my own little handyman business so I could keep my hand in with carpentry; I met a lot of nice people and enjoyed doing it, even though it didn’t make much money.

I helped a friend on a kitchen fit that he was doing, low and behold, I turned up on site and he was fiddling with these annoying L brackets, I said to him; “we’re not still having to do it like this are we Tim!” assuming that one of the big manufacturers would have already worked it out. It was pretty obvious to me, it just needed something telescopic that would fit into that little gap, it would work a treat!

I took the risk and borrowed three thousand pounds from my dad, he was just a window cleaner, not very wealthy so three thousand was a lot of money to us. We got the patent granted and actually kept it all quite secret, as we weren’t very knowledgeable about the legal world. A couple of years later I thought it would be important for it to be pushed out internationally, so I took on a small investor who lent us a few more thousand pounds and we got the international patent sorted.

By that time, we also got some tooling organised with a company in Tunbridge Wells, so we were up and running, and selling them, that would have been around 2014. One of the interesting parts to the story was the fact we had the concept patented on a word document, with nothing tangible, and I still have the original mock-up that I made from a couple of poker chips and some damp-proof membrane. That’s all I had to show to the patent guy and then had to find a way to turn it into something real.

Funny enough, I was out one day and took a wrong turn in the car, reversing into somebody’s drive to turn around, looked in the rear-view mirror and noticed a sign saying plastics development company (PDC) that’s what I was looking for! It was in my hometown; it was meant to be. I walked in there, met a guy called Fergus Christie, who was a great help to me, we created some technical drawings, did the plastic development, he hooked me up with Roy in Tunbridge Wells for the tooling, we had the tooling made in China, shipped back to the UK and we’ve now produced over six million units!

Wren kitchens were one of our first early buyers so a lot of that six million has gone to them, but the ambition is to prove it as a concept in retail. Initially, I wasn’t going to get the big players involved without being able to see that it actually worked. Therefore, one of our first steps was to hook up with a company called Great Star Europe in Romsey who had relationships with people like Kingfisher who all saw the potential. We put together a retail package and one of the first businesses to stock us was ScrewFix.

The big thing for me is to just let it grow organically, I’ve never chucked a load of money at marketing for it, it’s always been small, it’s just me and my brother as well as the one small investor. We’re a small firm that likes local, we love Eastbourne and everything the local area brings.

The best thing for me is when I meet someone who has already used the product and enjoy how simple it is, nobody has ever had a bad word to say about it, which is really nice. Just occasionally I may walk up to somebody at a trade show and say, “can I introduce you to Space Plug” and they say, “I already use it, it’s brilliant” and then when I tell them I’m the guy who invented it they say “you must be a genius” of course I’m not – I just had as light bulb moment! It’s really satisfying.”

We innovate and develop products that save time and help reduce wastage in our industry.

Our founder, Cliff Petit, invented our top selling product after spending 10 years on the tools installing kitchens, he believed there was a better way to fix base cabinets to walls and put an end to irritating L brackets.

He started his inventing journey and Space-Plug Adjustable Spacer Fixing was brought to market in 2013.