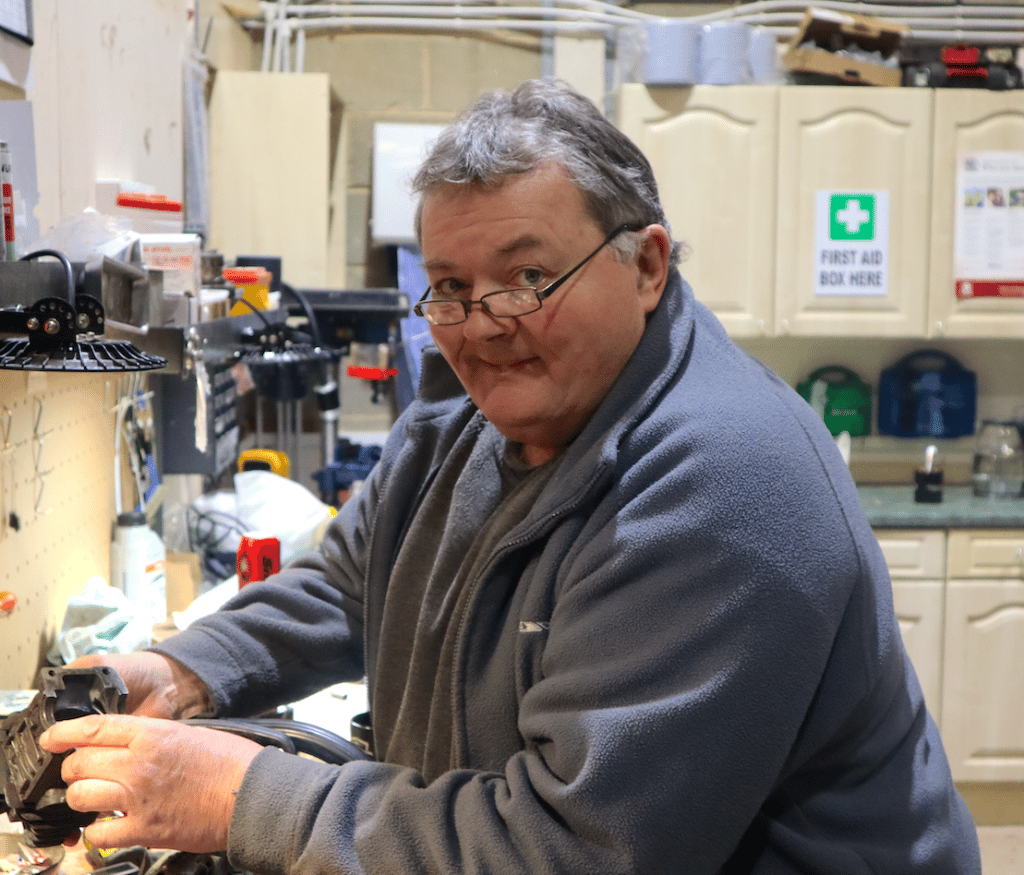 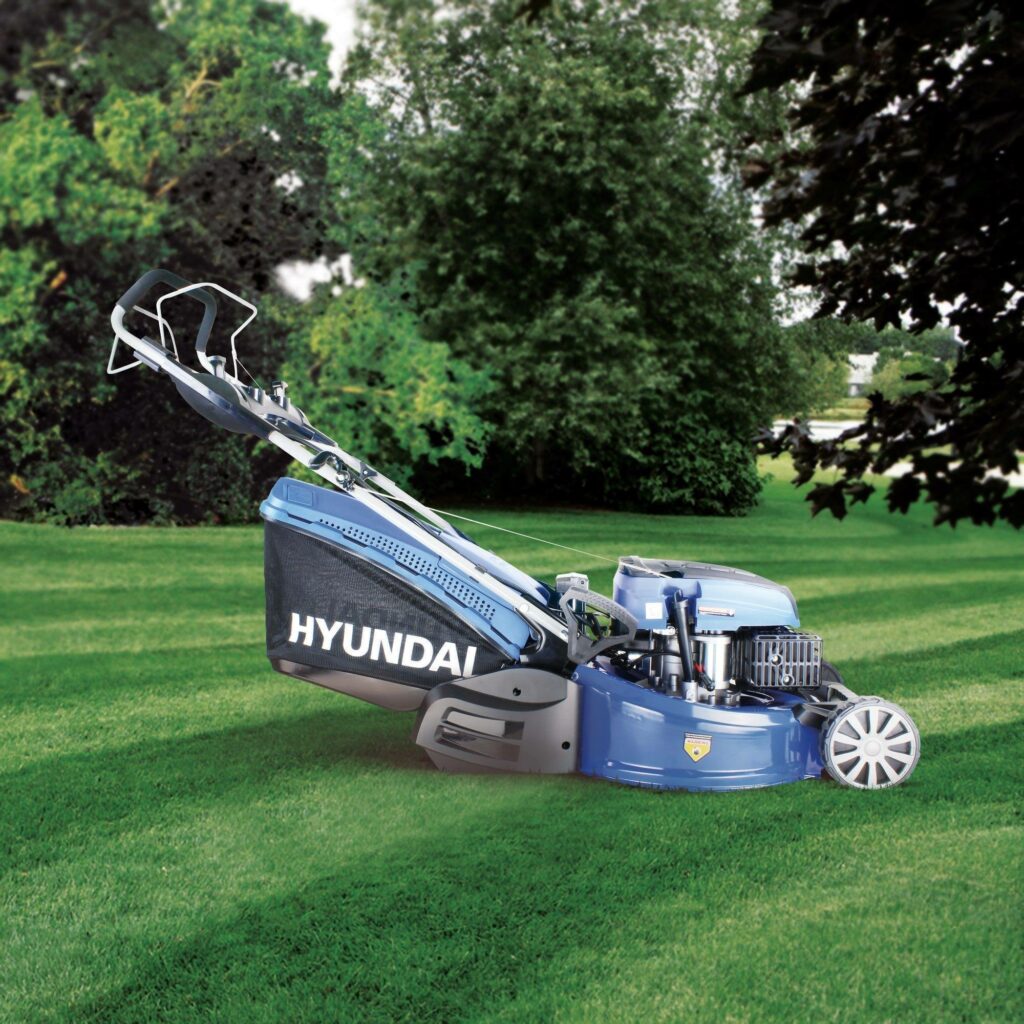 “We’ve got two new additions to the team, Joe and George, Joe predominately looks after the towbars which has been a god send because in the Summer, from June to September we were fitting eight to ten towbars every week, now we are doing around four a week which is still very good.

I was a mobile towbar fitter for seventeen years and I always scrabbled around under the vehicles, lying on my back, installing them, now we have the ramp, along with the latest Coding equipment required for most vehicles. and Joe, it’s made things a lot quicker; a towbar now takes around four hours, but sometimes Joe can get them done a lot quicker than that.

George makes a very good cup of tea but joking aside he’s been brought in to help look after the garden machinery, he’s got a good engineering acumen which helps because it’s a very specialised area.

Millenia garden machinery who are also in Crowborough have recently announced the closure of their business, we have a great relationship with Paul there and it’s been a great shame that he’s had to stop due to ill-health, however it’s been good for us as he’s kindly re-directed his customers our way. He closed in November of last year, so we’re pleased that we’ve been able to help his customers. There’s been around 500 of them.

The workshop is growing rapidly with new equipment, trailers etc so we’ll be installing a mezzanine floor for storage. To compliment all of this we’ll be changing our website so customers can purchase our equipment and machinery directly from it, it will then be shipped directly to their house, with the option of bringing it back to our workshop to be set-up if they want to, it means the set-up by us isn’t forced upon them and they can choose. It’s going to make a massive difference to our business and will be happening very soon.

The trailer we now have makes a big difference, the ride-on lawn mowers can be too big and heavy to get in the back of the van – we recently had one that was broken down at the bottom of a garden, it was about 200 yards away from the customers driveway, so the trailer came in very handy for that. We also have a new driver who’s working really hard driving all around collecting and delivering etc, his name is Steve, and his contribution has been priceless.

Marzena helps us with our social media and digital marketing, she works remotely but will start coming in on Fridays with a view of being with us for three days a week.

We service five to six ride on tractors per week as well as install the towbars along with the general garden machinery maintenance; we continue to get a lot of custom from Tunbridge Wells, Crowborough and the surrounding areas and we even have a customer that comes to see us from Norfolk!”

I then rented some premises, and subsequently moved to Forest Hill where I had a business there for a few years repairing cars, unfortunately I lost the premises to that business. Soon after that, I went to a lawnmower shop for my Dad to collect some parts to fix his lawnmower, got talking to the chap in there who has now been my best friend for 45 years and ended up working there. That’s how I got into the lawnmower side of things. One thing led to another and as he was getting old, he wanted to retire and sell the business, which was fine.

I then decided to buy a tow-bar fitting centre in Croydon, it was only a small business and I was there for around seven years and really enjoyed it, it was around the time when all the mobile tow-bar fitting people were beginning to get quite popular and I realised I was in competition with myself so when the lease came up, I didn’t renew it, moved out and started doing it mobile.

We realised that we didn’t need to live up in Croydon anymore, so we looked around and found a lovely house in Buxted near Uckfield, it was then that my wife persuaded me to get involved in property, that went a bit flat and I then sold the business. I had an agreement with them that I would continue but just work with one garage, Goldsmith & Allcorn, I did that for three to four years until due to their work load diminishing, I decided to up sticks and moved to Wales where my best friend was living.
I then had an opportunity to work for Hyundai and live in Wales, my wife and I had already separated at this point so I rented out my house in Buxted and moved up there, it’s the main reason why I have such an affiliation to Hyundai products. I started off as a technical sales manager there, I hated tele-sales, I wasn’t too bad at it but didn’t like it. I then got involved in producing and doing various enhancements and product design – their very first roller machine was one that I built in the workshop with somebody else. Nine years later the owner is still using the prototype. I also had a lot to do with generators and designed and developed a package that clipped into a port that was already in the generators, allowing them to be remotely monitored on an app on phone or computer, you could start and stop them and track them, check the fuel consumption, fuel levels, water levels and power output and that goes free with every generator that they still sell today. That was good fun and I really enjoyed putting that together.

When I was in Wales, I had the opportunity to live on Caldey Island, the worst mistake of my life, there was only 10 people that lived on the island, I worked for a few different people at that time and then last Christmas I decided that I had had enough and decided to go back in to the lawnmower trade, which I had done for many years previously.

We got the keys to this place in Crowborough on the 1st June 2020, I wanted to use all the experience I’ve got and have gained over the years to set up MH Garden Machinery Services and be specialists in garden machinery sale, repairs and servicing. I mentioned to a couple of contractors that I do trailers and then I was asked to do a couple of tow-bars so I thought it would be a good idea to see if we can get some tow bar work in. We haven’t really pushed it yet, but, ‘Affordable Tow Bars’ is really taking off! I’ve got twelve tow bars to do in the next two weeks!

I love getting positive feedback from our customers, we have some fantastic Google reviews, they are all five stars! That really makes me feel good and when I get up in the morning, even on a Monday morning, I never ever dread going to work and when you feel like that – you know you are doing it right! By the end of this year ‘Affordable Mowers’ will well and truly be on the map.”