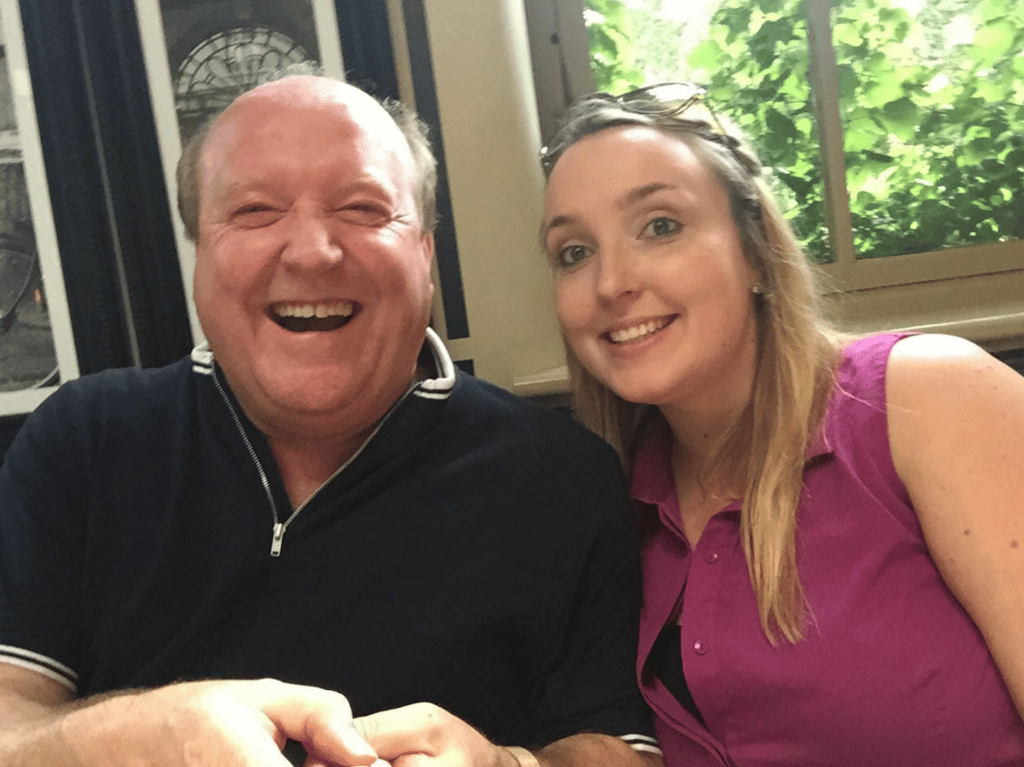 “I started university with a view of becoming a competitive runner, my distance was 1500 and 800 metres and as a by-product of that I became a graduate of the University of London. I’m in the centre pages of Sebastian Coe’s book, running against him at Borough Road where I studied – I was southwest champion for seven consecutive years. I didn’t quite make it because I couldn’t transition from junior to senior but had a keen interest in sport playing football and rugby for the county, as well as being a good cross-country runner, it was all about sport.

I was president of the student union and following on from that I did a graduate training course with a company called Newey & Air who were electrical wholesalers, I was one of the first graduate trainees, I then went into management, realising that I could sell, so I was involved in the set-up of several different businesses, which involved me working for American distributors selling to the national brands like B&Q, and Marks and Spencer’s. It involved me taking them to the Far East, buying the goods, then bringing them back and doing the process of containerizing and the logistics of deliveries, which was the key to the whole process.

After twenty years in that business, I approached my accountant and said, “I’m dealing with figures all day every day, there’s a gap in the market but am I too old to switch over to financial advice?” I was 40.

I had to do something which I’d never done before and it was to knock on somebody’s door and talk to them about financial services, which was daunting and frightening. My wife used to drive out with me, have a coffee with me at lunchtime, and give me support. In a three-month period, I got 870 new client contacts and I could not believe that people would discuss with me, the amount of shares they had and what their pension was. It was all about building trust with the number of contacts that you had; it would work in America but it’s not a model that works in the U.K.

I worked with them for just over two years and then moved to a local company called TNL financial services in Hailsham and started my independent financial advice service. At that point, my daughter, Rhiannon who was still in her teens joined us from the age of 15, working in her holidays, accessing our clients, and doing the reports for all the financial advisors. Every holiday Rhiannon worked for us, right the way through her GCSE’s, her A levels and university when she was taking her Business Studies degree.

When Rhiannon left university, I advised her to join me, it was the intention that she would join for one year as an administrator and during that period, she took her mortgage exams and very quickly went off to work for Fox and Sons and learned all about estate agency which was a deliberate move.

I continued building my IFA business and had around 100 clients that were working with me. But there was a major reform in 2014 which was the retail development review for financial services – it changed the way in which we could charge people and how we could work together with them. I was working every weekend for approximately 20 hours doing fund reviews, there were no opportunities to charge for that and I was working around 60 hours a week doing this extra fund management review, which you must do as a financial advisor.

I had been approached several times by St. James’s place, but I always turned down the opportunity of working with a footsie 100 company, mainly because the bulk of my near retirement and retirement clients were looking at cautious portfolios and at that point, St. James’s place did not have a cautious portfolio, so I rejected them because it wasn’t the best move for my clients.

Finally with the retail distribution review, St. James’s place put together a complete portfolio of products, right the way from defensive, cautious, and medium to high risk so that then satisfied me that I would be able to use what’s called the investment management approach from St. James’s place. So, I joined St. James’s place in 2015 and I was able to remove 20 hours from my working week, and at the same time, spend more productive time with my clients.

After 18 months, I could see things were heading in the right direction, so I asked Rhiannon to join me at the academy at St James’s place so that she could qualify as a financial advisor.
That really brought us back to where we started, making choices as a family, and moving into financial advice, being more locally based, and recognising that there is a whole swathe of people who are numerically blind. My mission has always been to look after people’s best interest, but also to open up the possibilities for them, for their future, to secure their retirement and their pension.

One of the things with people and money is that they are very reserved, it is very difficult for people to open up to a so-called stranger, which as a financial advisor, you start off being and you must quickly build the trust. I’m very much old school, I wear a suit and a tie and am very much in the traditional mode. My daughter has a much more relaxed approach with clients, that really does serve us as a family very well.

We are looking to use Rhiannon’s expertise and skills that she has gained working with City barristers, solicitors and High Court judges We can show them how our specialist knowledge through St. James’s place will be able to help them in their retirement approach, but also looking at whether there are alternative ways of us ensuring that they have solid tax advice.

One of the most beneficial benefits that I see with having a family business is occasionally I get asked, what happens when I retire? By having Rhiannon in place, it means there is a generational aspect to our business that when somebody gets to their most crucial decision making, they know that either Rhiannon or I will be there to move things forward through to their retirement and make the major decisions as a family for them. The satisfaction of clearing the fog from people’s minds is a great win for me, so often people will say, oh gosh, this is too complicated, I don’t understand all of this – thank goodness I can trust you. We pride ourselves on just making it simple, so that our clients can make decisions and take ownership of their own future.”

Our core values focus on providing an expert, professional service, to all our clients. As a family business we value the importance of great customer service and integrity. We have a wide range of expertise and knowledge, developed over many years, to help people, both individuals and businesses, to fulfil their goals and aspirations.

As a small family team, we provide a trusted partnership relationship with our clients to offer that all-important ‘Peace of Mind’ for the future, whether you are an individual looking to grow, manage, protect or preserve your wealth, or a business owner/director looking to put the right plans in place for your company.