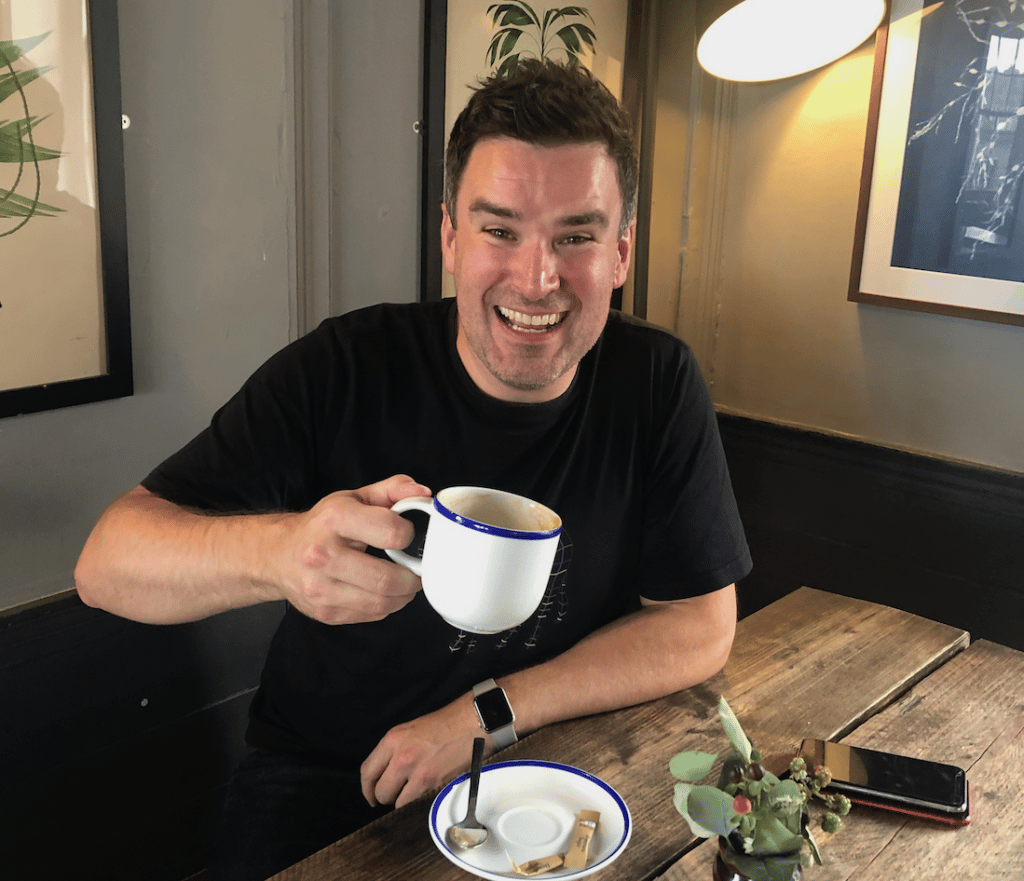 “I’m really pleased with the rebrand. So much in IT and tech is blue and grey so it is nice to have brand colours that are more interesting. We’ve been doing this over 15 years now so we’ve got the confidence to be much more informal than we did when we were branded The Mac Man and then MacMan. Some of our customers initially didn’t like the name or the colour scheme and made it known to me – I think they’ve got used to it now though and some have even commented on how they now prefer it!

We wanted a new name as we were accepted onto Apple’s Independent Repair Network and they didn’t like our name so I spent over a year trying to crack a new one – I thought of lots of different ones and decided that I just had to choose one and go for it as nothing will ever seem perfect at first. Once down it all then all became real and it’s now feeling normal. It’s also good as we will repair anything, and people used to always ask us if we only repairs Apple Macs. We still use the word MacMan in conversations, some of the branding in the shops still says MacMan, and people often still refer to us in Tunbridge Wells as MacMan which is fine, but all the shops are now rebranded to Fixio and online MacMan doesn’t exist anymore. MacMan had a great reputation, and I don’t want to completely lose it yet so whenever we put pavement signs outside the shop, we always put something like “we’re still MacMan” on it.

“MacMan started over 13 years ago with a friend I went to school with, Matt. He was working at Solutions Inc in Brighton, which was just before Apple got massively into their Apple Stores. He was working in the evenings, supporting customers who wanted the things that Solutions wouldn’t do, he did that for about two or three years. Then it got to the point where he knew it was a full-time job if he wanted it to be, so he left Solutions, used his bicycle around Brighton to visit customers, and then just pushed it – within a year he was full-time.

Whilst Matt was setting this up, I worked in the music industry right up until my 30th birthday, when I decided to quit London to go travelling with my now wife. When I came back I knew I didn’t want to live in London again, and Matt suggested to me ‘If you’re looking for somewhere to stay, I’m house sitting this huge detached house at the moment’ – so we stayed with him. And his phone just didn’t stop ringing. He was out doing these on-site visits, and his office phone was just, ring, ring, ring. I said to him, ‘Look, I’m not working, you’re really busy, let’s try and do things together’. One of his customers had offered him a converted pub in a cool area of Brighton, so we looked at it together; and that’s now our Brighton shop. I wasn’t earning any money out of it at that stage, but I was really wanting to start a family and therefore had financial commitments, so I took a job in London with Getty Images, to earn a regular wage again. My wife and I had decided to settle in Tunbridge Wells, but after six months at Getty, they decided to make a round of redundancies and they gave a few months’ pay, which was just enough for me to say to Matt, ‘Right, this business that we tried to do last year, I’ve got another spin on it. Instead of us trying to do it together and pull out a full-time wage from the profits in Brighton, I can do it in Tunbridge Wells, and we’ll create a new area’. It took me about six months to convince him. He really didn’t want to do it. He kept saying ‘I’m already too busy’. And I couldn’t get a loan either. I spent months trying to convince NatWest to lend me £7k and in the end they wouldn’t even give me a £100 overdraft! This was 2012 and post credit crunch. But we found a tiny place in The Corn Exchange in The Pantiles and I just kept on and on at him until he caved in and we went for it.

We set the Tunbridge Wells business up as a new company so it couldn’t bring down his existing Brighton business but I always wanted the Tunbridge Wells branch to be a ‘company’, I wanted to employ people from the word go, I never planned to be self-employed or keep it small like Matt had in Brighton. We opened the shop in The Pantiles in December 2012, and within a year of trading, Tunbridge Wells was already turning over more than Brighton in revenue and profit. I didn’t take a wage for about two years as I was intent on hiring staff, so all profits went back into the company. I was focussing on Apple sales as much as Apple repairs and also started to repair iPhones and iPads as well Macs. Very quickly, after a year or two, Matt suggested we merge the businesses and profits into his original Brighton company. I was really keen to do so as it allowed me to borrow against his company’s 5 year trading history and take out the loan I needed to move the Tunbridge Wells shop into the centre of town – which we did.

There was then a period of stability for a few years, where our children grew up and started school, but then last year we decided to give it another big push. We expanded heavily into online sales and also into new high street stores in both Sevenoaks and Horsham; all of which are doing really well. Our customers are people that like technology and want it to make their lives easier, and we try to make sure their tech is making their lives easier. That’s our business. And there’s still a place for it on the high street, as people like to deal with people when they’re struggling with their technology. And that’s why we still deal exclusively with Apple products too; it’s easier for us to make their lives easier when we can specialise in just Apple! But I’d love to do all tech eventually. I’m always talking with my business partner about the things we can do to push on and how we can grow the business. There’s no exit strategy at all. We’re never selling it. I’m really happy doing this. I’ll still be doing it in 30 to 40 years’ time without a doubt.”

We’ve been providing jargon free, honest Mac Support for over ten years. Come and speak to the Mac experts.
A great deal has changed over the last ten years at MacMan. Our commitment to providing independent Mac repairs, support, training and sales remains the same. We know that most of our customers aren’t Mac experts, so when you visit our Brighton, Horsham, Sevenoaks or Tunbridge Wells stores, you can count on us to give jargon-free advice and clear answers. So far, standing by our core values has served us very well and we’re excited to see where the next ten years take us! Speak to the Mac experts. You’re in good hands.