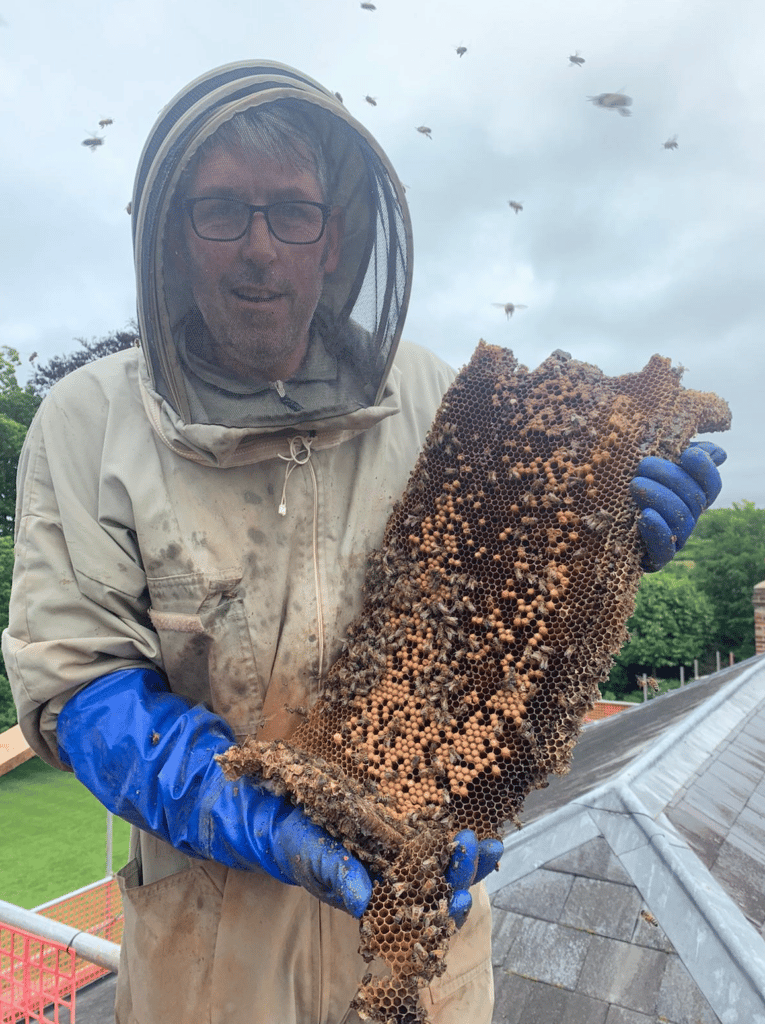 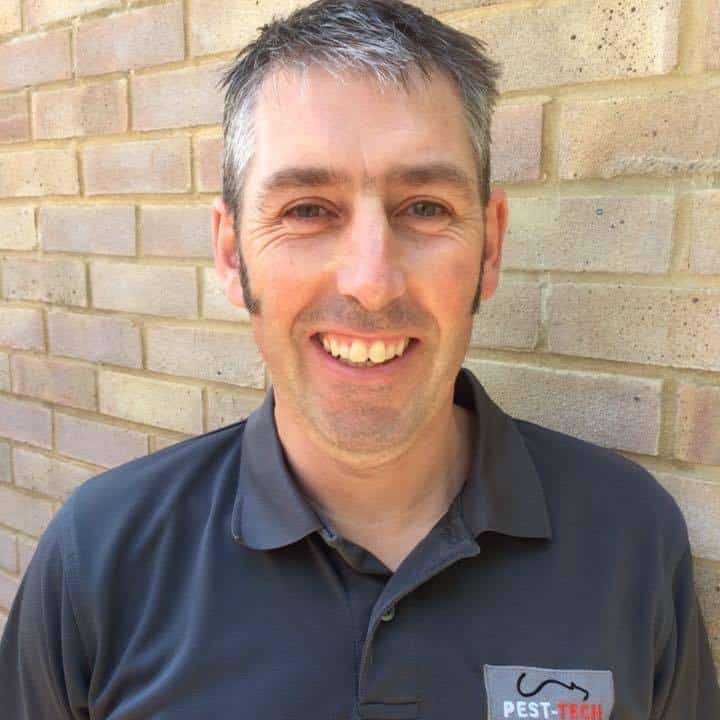 “I was in the army for twenty-five years, from a private to regimental Sergeant Major and finishing up as a Captain, it was a great time of my life, but things move on, and I decided to come out and leave the army.
I had to do some hard thinking as to what I was going to do when I came out and I started off with buying a franchise, it was called pestforce Dartford and unfortunately at the time it didn’t really work for me but looking back now, it perhaps was fortunate that it didn’t. The franchise was all about making money out of me, not investing in me, and developing the business, I did it for six months and in that time, I learned a lot about the trade and the pest control industry.

There’s a lot of crossovers from the military in pest control, you’re carrying out concealment and when you’re setting traps and natural signs of movement as you do in the woods etc as a soldier with soldier skills, it’s transferable to what I do now. Obviously, I need to know the regulations and the legal side, fortunately the franchise taught me how to do that, that part of the franchise was brilliant, it was just like having a mentor.

After spending six months with the franchise, I quickly realised I could do it better, and that was the point when I set up my business, seven years ago. The biggest difference I noticed was that I was all about the customer, making sure that we went in, we dealt with the problem and the customer was always happy. The franchise taught me a lot about being in business, after being in the army for twenty-five years I didn’t even know how to raise an invoice.

When I set the business up it was just me, I wasn’t allowed to operate in the Dartford post code, but I could operate in Maidstone and as I’m from Maidstone and have a lot of people that know me and knew what I did, I was up and running quite quickly almost with no problems at all. In my first year I got so busy, trying to do everything, working all the hours god sent, very quickly realising that I needed some help. A friend of mine, Mark, had a gardening business and wanted a change so he asked if he could come on board, I accepted and taught him from scratch and he’s still with me today, it was great as it took a lot of pressure off me.

That set the pattern from there on, I would work to the point of near full capacity, almost to where there’s not enough hours in the day, working at night and the weekends then take someone else on, it would ease off, we would catch up again and then repeat the process. That’s how it’s been all the way. The second employee was my wife, who had previously worked in banks, she took on the bookings, invoicing and the admin side of things, which was great as suddenly, I was getting my evenings back. We then very quickly needed another technician and now there are six of us including myself, as well as another administrator, Liz, to support my wife as her workload was increasing.

I got to the point last year where my role was changing and I needed someone to support me, I wanted to work more on the business rather that in it with more networking, meetings, and marketing etc; I needed a bit more flexibility. A qualified pest controller contacted me saying he liked what we do and was interested in coming to work with me, we had a three-hour chat over a coffee, and I knew that he was a good fit, so I offered him a job and has given me the flexibility I needed within the business. He’s been with us for six months now and I’ve been mentoring him in the way we do business.

We’ve grown in a very healthy organic way, we’re always taking on new contracts and I love what I do because it’s so varied, some days you can do five or six jobs, sometimes more, but you can be doing a mole job in the morning in a field in the middle of know where, then you could be dealing with mice in a loft, then dealing with a pigeon problem; you are out and about all the time, always meeting new people. I love that, I’m a people person, I love talking to people and meeting interesting people and I always show an interest in what they have to say or an interest they want to share. I like to teach that skill to my guys, you’ve got to find that common ground, have conversations and build trust.

The exciting thing for me is seeing how my business is growing and how it’s developing, when I look back to where I was seven years ago it’s quite incredible what we’ve achieved.”

Pest-Tech is a professional team of experts, delivering pest control and across Kent. The Technicians are supported by a high efficient team in the office making your experience with the company a pleasant process whilst getting your pest issue resolved. We would love to be able to help if you need Pest Control in Maidstone.