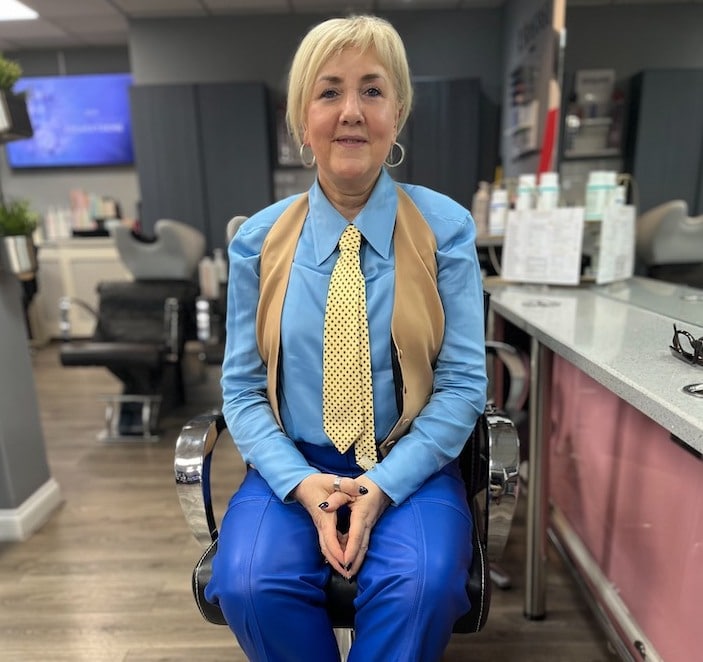 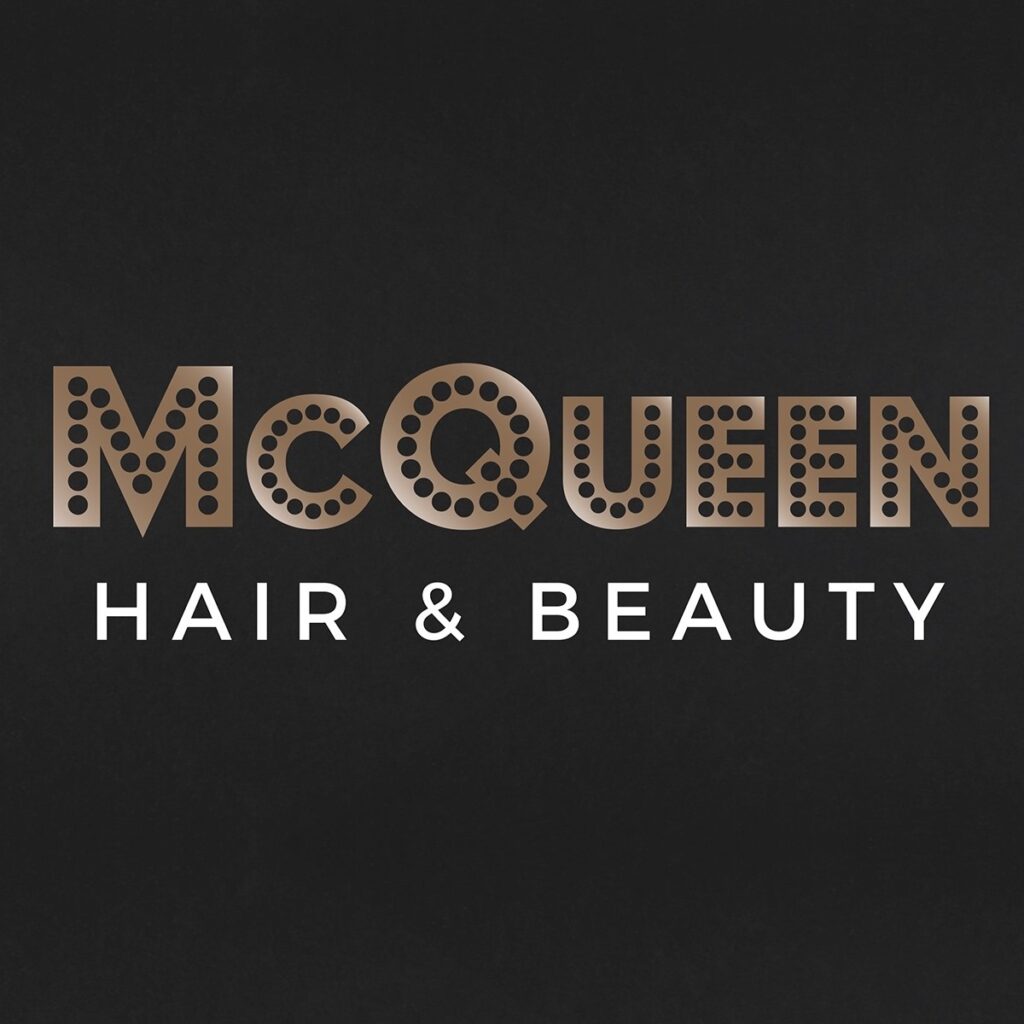 “There’s a lot of new challenges out there now – perhaps tougher than COVID with the scare mongering, we can’t control the media, it’s too strong, the way they put fear into the masses, people buy into it, and they stop spending; that’s when it applies to myself and lots of other businesses in the town.

There are people out there that DO want to spend, the positivity we have should be shared as there’s lots of companies out there that are thriving, entrepreneurs that are taking opportunities, starting new ventures and new business start-up’s, why aren’t we see any of that in the media? It’s so one sided!

I spoke in my last interview with you about the waves we must face, we’re in another one right now! We need to hear more about success so that the young generation can look towards that and see the great things that are being achieved, we need to embrace it and we don’t, I don’t like that as a culture. Things are tough, but we’ll get through it.

I’ve got my fingers in a few pies right now, I can’t disclose just yet as I’m still negotiating, we’ve outgrown these premises and there’s a break coming up in my lease next year. I’ve been here since 2009 and now have a fantastic rock-solid business, it’s not always been easy, but we’ve been trading for thirteen years, and I now feel it’s time to pick the business up and relocate. We will be staying in Calverley Road, that’s important and I’ve been looking at various vacant shops along the road, but nothing has really appealed to me yet. But I’ve been playing with some maverick ideas and if I can pull it off, I’ll have some announcements to make early next year! It will be good for the town, good for me, good for our team and of course good for the clientele. Watch this space.

I feel very proud of the team and what they’ve achieved, I’ve got a rock-solid salon manager called Si – his professional background is working on international cruise ship liners and London based salons with excess of 35 years experience and has been with me for eight years now. There are a few others that have been with me long term and younger team members that join and then move on – that’s quite normal in this industry.

Moving forward next year we want create some fun, add some exciting new services, new packages, I’ve already started negotiations with my suppliers and if I pull it off, which I think I will, we’re going to have something to shout about which is unique to the town and unique in our industry, there’s not many sellers offering what we’re going to be offering! Hair still grows, computers can’t replace that, and I’ll just be taking my business to the next level.

Since I saw you last, I’ve also become one of the directors for BID (Business Investment District) in Orpington, I’m the only female on the board, representing the personal care industry. There are other people on the board from other industries, representing multiple companies, banks, and finance etc so it’s diverse, and when we have meetings it’s interesting to hear how other businesses are doing.

From my point of view, in times of hardship, a positive spirit comes through, and I believe the stronger businesses will survive and thrive. I’m keen on the independents that are quite entrepreneurial and think outside the box and understand that marketing their business in different ways is important. Even increasing their marketing, cash flow might be tight, but they see something longer term rather than what’s in front of them right now.

I want the reverse of the psychology we’re getting fed with now. I think it’s so important that we have an uplifting, positive approach, that you can achieve things rather than just being kicked down every five minutes. Self-belief, dignity, and integrity is what we need.

“Having left school in Chelsea with no qualifications, I was a very creative, visual person that learned hands on and fell into an apprenticeship by accident, it was at a salon in Iconic department store in South London. I had the pleasure of working with a very demanding manager, so I learned quickly about people and behaviour from my manager and senior stylists, as well as the discipline of dealing with the public. I had no life skills at sixteen but watched and observed how the team spoke to clients and customer service was something that I learnt on and throughout the job. We dealt with some interesting characters, and I was in awe of all these amazing people, I’d never seen this before and as a young sixteen-year-old it was all very new to me.

I grew very quickly into the job and by the time I was eighteen, I finished my apprenticeship and qualified as a hairdresser, but it wasn’t enough to stimulate my mind, physically, it was very good as I was on my feet running around all day, but mentally I wasn’t challenged enough. My manager was great and when I asked him to show me what he did daily, I found it really interesting, having this insight gave me confidence, so by the time I was twenty I became a salon manager. I was still very young, but I learnt about budgets, KPI’s, profit & loss reports and managing people all on the job, we were located in department stores at the time, so we paid a percentage to the stores, so I learnt about concession arrangements too. It gave me a light bulb moment! I loved it, I liked learning about numbers and how hairdressing is not just about haircuts anymore, it’s also about time and value equations.

I became very successful and managed six salons in London, I was good! I got promoted, took on bigger fish, moved around London and was working in central London when I got promoted to an area manager. It taught me everything you need to know to run a business – but with someone else’s money. I understood profit, I wasn’t taught that at School.

I was responsible for fifteen salons in the greater London area, working with store and salon managers, turning them into profitable businesses. Number crunching became a big part of my job, but I was still meeting and managing people. I was then made a regional manager which increased my workload to twenty-five salons, as far as Brighton and up to Birmingham, so the M25 became quite familiar. It gave me confidence and instilled a lot of discipline into me which made me learn very quickly that business is separate, it’s like an animal and you must treat it in a respectful way.

I then got married, but continued working, I had my son when I was in my 30s and then I had my daughter four years later, I realised at that point, in my life, working for large corporate companies wasn’t for me anymore, I wanted to come off that wheel, jump off the cliff and see where I would land.

As area manager I was based at Fenwick, here in Tunbridge Wells, I was there every Monday as it was my base in my group and I always thought to myself; I really like Tunbridge Wells, If I ever had a salon, I would want it here – it was always a conversation in my head and visually in my mind. I was familiar with the area, and we had a really fantastic business in Fenwick so when I left my corporate job, I came to Tunbridge Wells!

The business was already an existing salon called Scott & Co and I had a look round and could see the potential, I knew I could turn this around, it was up for sale so I planned a meeting with the agent and business owners, I could see from their business plans that it was a sinking ship and losing money. The negotiations started and, in the end, I got a fair price, so I took on the business in July 2009. We then very quickly went into a recession – didn’t see that coming! However, even though the country was having financial difficulties, I found Tunbridge Wells quite stable, and we stayed in business, it wasn’t easy and that was the first biggest hurdle on my own.

I took on the existing staff and slowly started to re-market the business with new branding and investing in new services, some of the staff decided to move on so I brought new staff in and really started to put my footprint here, creating a business that I knew would be right for the clients I wanted to attract.

I’ve worked hard on this business, day and night as most business owners do, I’ve got a vision that I execute and deliver, it’s taught me that business is like a tidal wave, we get the real troughs and then it calms and then it picks up etc – I just ride those waves. We’ve survived a recession and a pandemic, and they were both tidal waves.

Life has its way of teaching us lessons, but I’m very level-headed and as a business owner sometimes you just must deal with it, don’t stick your head in the sand, however tough it is. I’m lucky that I have a great team, I believe the people you work with are your second family and I always treat people the way I’d like to be treated. Okay, I’m a business owner, so I must think about costs and bills, but equally, my staff are my investment and without them I don’t have a business.

I love being spontaneous, I love change, I embrace it, we are in a fast-paced environment right now and going through some challenging times. The world is changing every day, nature changes, we can’t stand still, and we can’t change what’s behind us, we can only look at what’s ahead. So, let’s go out there and make the best of what we have.

Long term, where do I see myself? My fingers are in a lot of pies. I love interior design & fashion. I intend to take time out to travel. So, I think I possibly may not be in this industry, but I can see myself moving into other industries. I won’t be standing still, that’s boring and intend certainly to “seize the day”.

You will find you look forward to your visit to your local McQueen salon and we have two stunning locations to choose from. We offer a variety of services and open a wide range of hours to suit your lifestyle.

We believe that a great hairstyle can make all the difference not only to your look but to your confidence. Team McQueen strive to offer the best possible service and deliver the highest standards of technical skill with every salon service we provide.
From the moment you arrive in one of our salons you will receive a warm welcome. In our stunning relaxed environments.