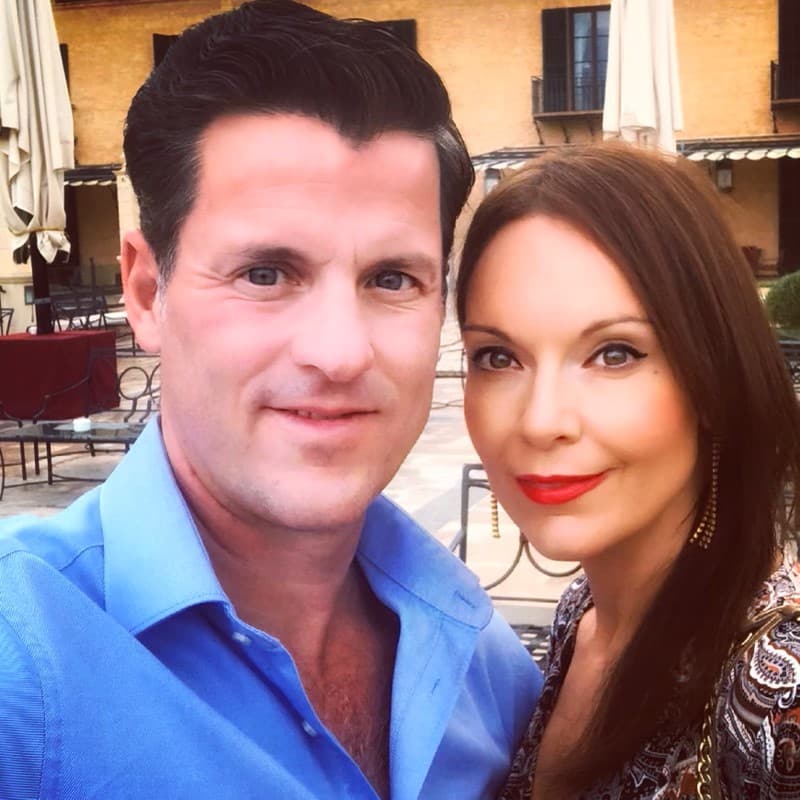 “I’m from a really small town in Canada, with around two and a half thousand people where everyone knows everyone. It was an amazing time to grow up in that kind of environment, however, I felt the world was a bit of a bigger place than it was in my hometown.
So, I went to university, two and a half hours south of Montreal and did four years there, studying business, business administration and economics, some of my best friends were from all over the world, one was from Costa Rica, another from Europe and they had families that were all well-travelled so it fed my desire to travel the world.

Whilst I was at university during the summers, I was working with a company called the S&MG (Sales and Merchandising Group) and they did all of the infield promotions for Pepsi – I worked with them for four summers while I was at university, so I graduated with a really great CV and great work experience. However, I could see myself, for the next 30 years living in Toronto with 2.4 kids, becoming an account director – and it scared the life out of me. I needed to see more. So, I jumped on a plane – I was meant to be away for a month. That was in September 1997 and I haven’t lived back in Canada since.

I lived and worked in London, working in the city during the week bartending at the weekends, I’d do that for nine months, make some money, then go travelling again. I went to India, hitchhiked through Turkey, Syria, Jordan and Egypt came back and then ended up jumping on a plane to Sydney where I set up my first business.

I set the business up with a friend from university – it was an out of home media business, working with universities, colleges, gyms and fitness centres, as well as bars, pubs, nightclubs etc. We spent four years growing that business and made the mistake of bringing in some VC partners that really let us down at the end. It was a huge learning curve that I will never repeat.

I then worked with a couple of guys expanding an Executive Coaching and Sales training business across the APAC region. We were working with the CEOs and country heads for Vodafone, PWC, American Express and HSBC. At that time I met my girlfriend, who’s now my wife – she’s a singer by trade, so we set up a record label and put an album out in Australia. Unfortunately her father was diagnosed with terminal lung cancer, and we only had five months left with him. After he passed away and we then moved to Singapore, partially for my wife Daisy’s music. She was doing loads of amazing corporate events, one of which was on the on a helipad 77 floors up on the Swiss Hotel in downtown Singapore. That was pretty sensational!

We moved back to the UK in 2010 where we had an opportunity to work with a retail gold buying business. We’d set up a kiosk in a shopping mall, people would bring their old jewellery in and we’d value it on the spot and then pay them cash and I helped to expand that business from two shops in Barcelona to 15 Countries and 300 locations within two years. That was a bit of a ride! We then had the opportunity to buy the rights to do that in the UK. We found some investors to help fund it and we opened up Gold buyers International, that was in 2011. We opened up 50 locations within eighteen months with around 200 staff and during that journey I saw someone selling e-cigarettes in a kiosk, at Westfield in Derby.

I saw it as a really interesting concept and after trying to buy the rights to that brand which didn’t come to fruition, we decided to build our own brand, So we jumped on a plane to China, visited fifteen of the biggest e-cigarette manufacturers out there and then within twelve months we had SMOKO.

Daisy had spent half of her life growing up on the northern beaches in Sydney and I had spent ten years in Australia and SMOKO is an Aussie slang word that means ‘cigarette break’ so it was a perfect name! A great branded name for an e-cigarette.

We opened 25 kiosks in shopping centres around the country for SMOKO, including one in Tunbridge Wells. At that time we were living in Muswell Hill in London. Daisy has always worked with me on both businesses and we were commuting 5 hours a day working on both of them. It was all going at breakneck speed.

We had always loved Tunbridge Wells and had both businesses in Royal Victoria Place, so, every time we would come down, we would stay at Hotel Du Vin and got to know the town quite well and really, really enjoyed it.

The lease on our house in London came up in August 2013, so we needed a new home for us and for SMOKO and we decided to move to Tunbridge Wells. Then in 2017 we took over the place that we are in now at 18 Camden Road as the shop front and we run the business from the offices above.

When I was very young, my Mum went back to work very soon after I was born and I was raised most days by my grandmother who was a very heavy smoker – three packs a day, the real strong ones! Moving on to when I was sixteen and working, my grandmother was diagnosed with emphysema, ending up in hospital and I would visit her every day, but, for the last six months of her life, she was on oxygen and stuck in the hospital. Daisy’s father died from terminal lung cancer, he was a smoker for most of his life as well, we spent five months taking him to radiation, chemotherapy, and the 30 people who were all there, were there because of smoking cigarettes.

There had to be a better way than cigarettes, so when we saw e-cigarettes for the first time, the penny dropped and the connections came together, plus, I had the experience to build the business from an idea/concept to where it is today.

Since we started SMOKO, we have prevented over 275 million cigarettes from being consumed and our customers have saved over £100m of their hard-earned money from going up in smoke.

If we can help one person every day to quit smoking cigarettes, so they can have an extra week, or month or year with their families, then that’s a day well spent for us.”

The story of SMOKO is steeped with history and dates back over a century. It is an Aussie term meaning “to take a quick break or to take a cigarette break”. The SMOKO became synonymous with taking a break from work, enjoying the company of friends, or just having a laugh and reflecting on life.

Taking a SMOKO was at one stage in our history a cherished moment – business deals were done, relationships started, friendships formed, connections made, jokes passed on – all over a cigarette break.

Times have changed as the truth about the health hazards to smoking cigarettes became clearer. Smoking came to symbolize something bad and with it came the negative social prejudices. Now smoking is banned almost everywhere. No longer can we smoke in offices, pubs, restaurants or even watch our favourite team play.

With the invention of the electronic cigarette, everything changed.