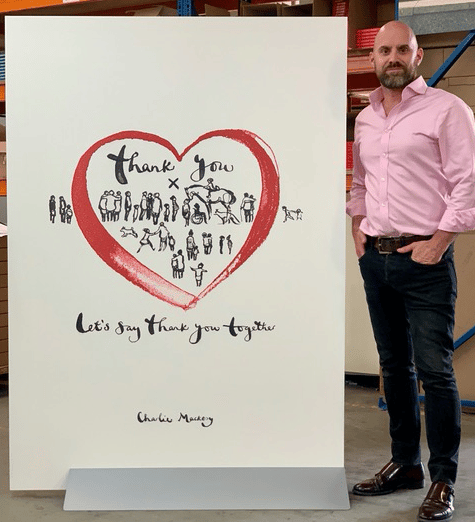 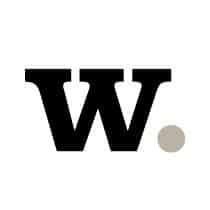 “Stuart, my business partner and I were at school together, so we’ve known each other for a long time. We never intended to work together, it just wasn’t something we talked about at school. I stayed on at Sixth form and Stuart left to start an apprenticeship. I had every intention of being a fashion photographer, that’s what I wanted to do. I’m dyslexic but I didn’t know that at school and found out later on in life. I’ve always been picture led, so found art and photography attractive and it seemed like a good fit for me.

I was studying A’ level photography but there were just four of us on the course and halfway through, the school announced that they we’re not able to continue because the school just couldn’t fund four people. I was so disappointed and thought well that’s it, I need to go and get a job. So, I left with the intention of finding a trainee job or apprenticeship. I was already working part time at the local supermarket but was ready to start something fulltime. That’s when I bumped into Stuart again. His apprenticeship was in the print industry. I told him that I had left school and was looking for something and that we should keep in touch. About two or three days later, he phoned me up and said his Dad was looking for a van driver. I’d passed my test and I liked the sound of it so I came to Windsor and started in the van fulfilling their deliveries.

I enjoy it and have always enjoyed doing a good job – I get my buzz from doing something well, so I gave it my best effort. I wanted to be the best van driver Windsor had ever had, not in an arrogant way, I just wanted to excel in whatever I did.

Stuart’s father David started the business. In the beginning he would have been known as print management – way before it was really a thing. He would source the best printers for his clients and manage the whole process for them. He then went on to buy his own machinery and landed here in Tonbridge with 2 business partners. The original office was in Windsor above a shop that looked out over Windsor Castle, hence the name Windsor Print Productions Limited, but we now trade as Windsor for short.

Stuart’s apprenticeship started at another print company, David wanted him to earn his stripes so to speak – but he soon came to Windsor to work in the reprographics department, which is the bit between the design and getting the thing to print, it’s what makes it a printable piece. It really resonated with me and my love of graphics/photography, so I was immediately interested in what he was doing, and the directors picked up on this.

Eventually they said they needed someone else as the company was expanding and asked If I wanted to come into the repro, I said that I would love to and so my apprenticeship began. I attended The Elephant and Castle school of print for three and a half years, and I just got stuck in and gave it my all. I eventually passed with flying colours and was awarded Student of the year at the end of my course. A proud moment in my very early career.

David was thinking about the future and what to do with the company. At this time, we were very much a Lithographic commercial printer, with long print runs on big Heidelberg presses. But there were new things being launched like “computer-to-plate” systems that replaced the need for films with new technology and I was really inspired by this.

So, I started asking questions and research the technology. At college there was talk about desktop publishing, but this was rarely spoken about in Windsor as we outsourced this part of the process. I was excited about the possibilities to get more involved with computers, the graphics side and wanted to learn a new side of the print, so David pulled me in and asked if I was serious about doing more, I really was – he asked me to go and do the research and said he would back me if he felt it was the right thing, it was a big deal, but I had to be certain as it was serious money.

So I did, I spoke with a lot of companies, who saw this young twenty-three-year-old come in and I don’t think at first they took me that seriously, but they saw my passion and I ended up placing an order for around £120,000. I was nervous but excited, I had to make this work and I’m pleased to say it did! It really made a difference to Windsor and how we worked. We had more control and exciting possibilities ahead.

About a year and a half later our then manager announced that he and his family were moving to Ireland. We weren’t sure what that meant for us or for Windsor. David took me to one side again and although it was early in my career he asked If I wanted to take that role. I said absolutely! I knew my job and wanted the responsibility. Our team was growing, and I would be ultimately responsible but that is what I wanted. I always knew I wanted to run my own business one day – I just didn’t know what that was so I relished this opportunity even though knew it would be a huge learning curve for me but a step in the right direction. Things continued to go grow as we gradually added more technology which included a digital printing press, wide format press, and suite of Apple Macintosh computers. Windsor was doing well and both Stuart and I were finding our feet. Stuart had moved from reprographics department into sales and production, and we were both enjoying the journey.

With in a short period of time I went from the Reprographics manage to Associate Director, I wasn’t really sure what that meant at the time but saw it as another opportunity to get more involved with the company and contribute my ideas and suggestions. I had great mentors in David and his business partner Roger Fuller, who really took me under his wing. He knew I was committed to Windsor and wanted to achieve. He invested many hours in my career, and I’ll be forever grateful to both David and Roger for their support.

I got offered positions at other companies, which was exciting, but I just couldn’t imagine not being here, there was always a strong pull for me to Windsor, it just felt right being here. In around 2004 the Directors approached both Stuart and I and asked if we had ever thought about taking Windsor over – At the timeit came as a shock, David and Roger were Windsor and this was a big deal. Stu and I discussed it together and were equally excited about the opportunity we were being given. Why wouldn’t we, it was all we knew so we said YES. They assured us that they were not going anywhere, they weren’t going to just hand us the keys and walk away and that it would be a slow burn thing. So, we finally took over the business in 2007.

It was exciting and terrifying at the same time. We now owned our own business and with it came many challenges and huge responsibility. David and Roger worked with us for many years. We worked as a team but now we made the final decisions. If Stu and I said we wanted to do something or wanted to change direction we could, it was a strange feeling and took many, many years to get used to. But we couldn’t have done it without the amazing people and team we had around us. Windsor has long standing loyal staff, many of who we started working under, then worked beside them and now we had become their bosses. But it worked and we are a good team, we worked hard to ensure roles were defined and each staff member took ownership of their role and understood how they fitted within the company. We didn’t want a “Us and them” culture and I’m proud to say that is still the case today.

Shortly after we took over, the UK went straight into a recession. I went from wondering where the Managing Directors handbook was to ensure I was fulfilling my role, to going into survival mode and wondering how we were going to save the business! It was a real baptism of fire and the worst of times. We had to make big decisions that young, excited business owners do not want to make. But it was essential for the survival of the firm. We learnt a lot in that period and many of these lessons have helped us to steer through the last 18months of Covid-19.

What Do I love about my role? I love the freedom it brings, not in the financial sense and certainly not in the hours we have put in, but in the sense that we can sit down in a room and say, “what do we want to do next” We can choose our own path and change Windsor to fit the current market needs. And that’s were Wisque comes in, our online Artists platform producing Greeting cards and prints, which is generating a lot of interest.

I really do enjoy being innovative, I love looking at a problem and working out a creative way to fix it or coming up with new ideas for the business. I think it’s all part of being dyslexic, you don’t look at things in a linear fashion, it’s a big jumble and you find the most creative route through it. I think that what’s needed in my role as I still haven’t found that Managing Directors Handbook!”

Our un-compromised print quality and personalised service make us a trusted supplier and long-term advisor to our customers, who value the untold benefits that printed material can bring to the success of their business. But don’t just take our word for it. The testimonials of our satisfied customers speak volumes about the vital role that Windsor plays in their success and the relevancy that print still affords today.