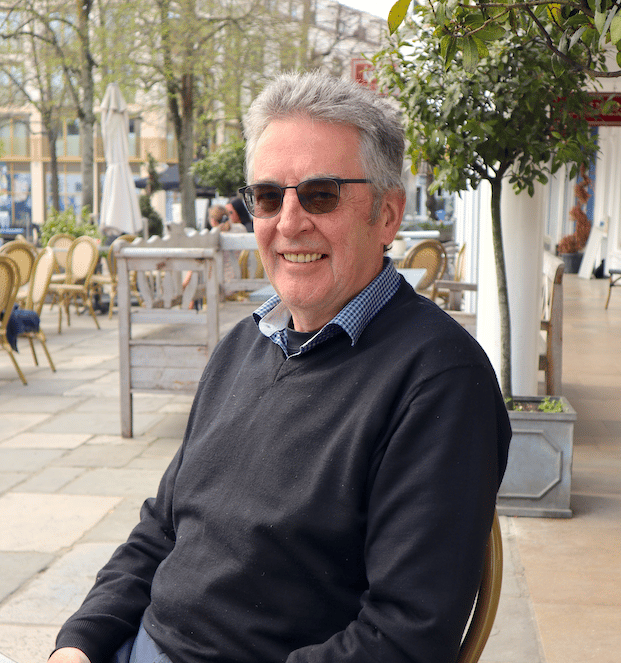 “I was a UK Sales Manager for quite an aggressive, dynamic insurance company, I decided to switch to the operational side where we had a big office up in the Northwest of England – they wanted it to have a small team culture and my boss at the time had attended a course to support that, when he returned, he seemed a completely different person.

A few weeks later he wanted me to go on the course, which I wasn’t sure about, it was something called Neuro Linguistic Programming (NLP) I sat very much on the edge – but did it anyway and actually found it very interesting; I’ve always been interested in body language etc from a sales perspective. When I returned from the course I probably didn’t use or take on as much as I could have done as I didn’t want to change me as a person. A couple of years later I asked my boss why he had changed so much when he came back from the course? He said he didn’t change, he just decided to be himself at work as he was at home. Perhaps if I had assumed things differently, I probably could have learned more and benefited more from the course.

Six years later I did a Master NLP course which was really interesting and from there I discovered coaching. I didn’t know much about coaching at that time, I was working as a Managing Director for an insurance broker which were a PLC that were bought out by another PLC and as part of my contingency plan, I decided to get them to pay for me to go on a coaching course whilst they still needed me. The coaching course was excellent, on the last session of the coaching programme someone asked me what I would do if I went back to work, and they no longer wanted me? The following week, after I returned to work, that was literally what happened! So, my contingency started to build, that was in 2005.

Do we want to live for work or work to live?

I wanted to be here in Tunbridge Wells, I had been commuting to Bournemouth and my daughter Georgia was just four years old, but she didn’t really know who I was as I was only here at the weekends. So, I put together a combination of working for three days as a development director for a compliance and HR company and then two days coaching and that was the starting point to where I am now.

What sort of Coaching do I do?

Six years ago, I decided to just purely focus on coaching – it’s not just business coaching, it’s leadership or executive coaching, career coaching and retirement coaching, which I started four years ago when my wife retired. I didn’t try and coach her, but I learnt a lot about it. I’ve been surprised at the lack of demand for retirement coaching, it’s probably the biggest decision anybody will ever make. I’m also a supervisor of coaches, accredited as a coach and a supervisor, which is not just about going on a coaching course for the weekend, there’s a lot of Continuing Professional Development (CPD) involved, it’s complex and I enjoy doing because it’s all about people.

Why do you Coach?

I get a real buzz in seeing other people get to where they want to get to, whether it’s dealing with problems or opportunities. I do a lot of walking coaching, which worked well during COVID because people went through all sorts of issues. I’m a Samaritan as well so I know how to listen and quite often people will want to get things off their chest, which helps them work out what they want to do going forward.

Coaching offers a confidential space for people to reflect and work out their own way forward supported by an independent professional.”

If you’re feeling stuck in your current position, career development or you just need to kick start a plan for your future, I’m the person to contact. Whether you want a complete change of career, start a new business, improve the position you are already in or plan for your eventual retirement, I am the person to work with to make it happen.