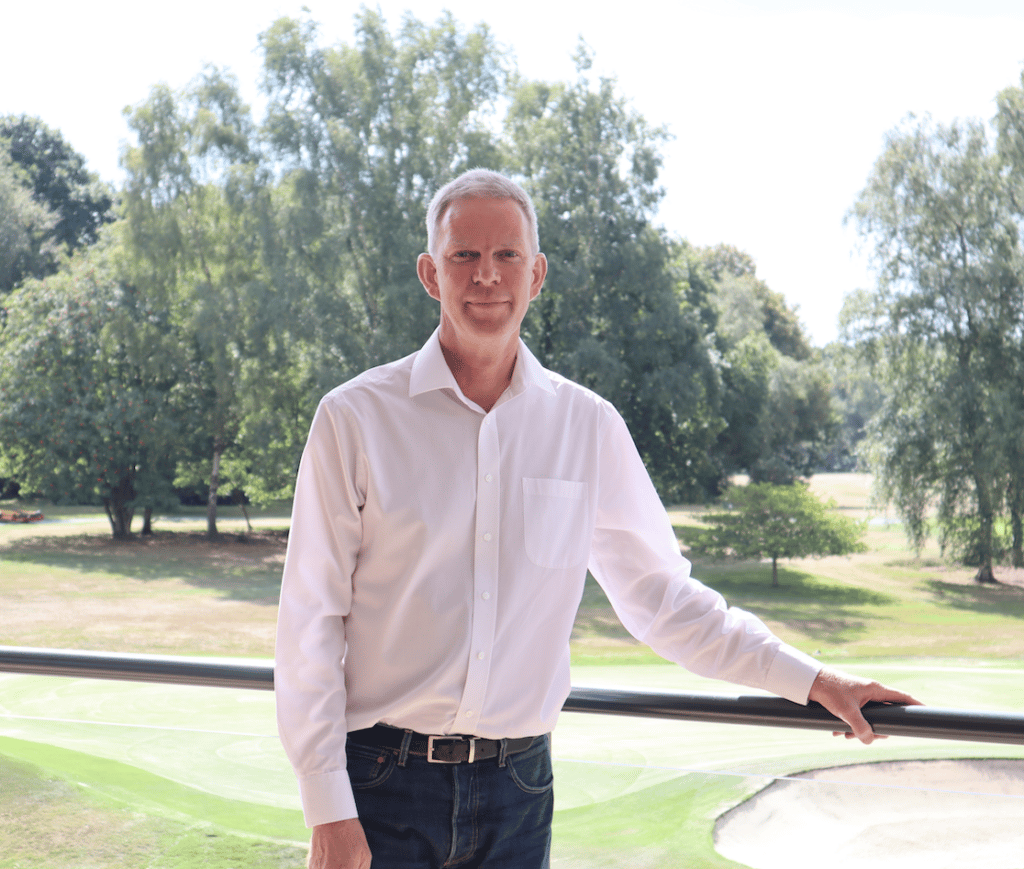 “I grew up in Brighton, the social and catering backbone of the South of England. I left school with few qualifications and decided to go to college in Brighton to study catering where I did my apprenticeship at the George and Dragon in Speldhurst. At that time, back in the 80s, the George and Dragon was a very high-end restaurant, it was the place to be seen. I worked there for three years; it was hard work, working five days at the George, one day at Brighton Technical College and then one day off.

A friend of mine then asked if I would like to go and work for a new company that were evolving in the music business. They were called Eat to the Beat, and were looking for chefs. I went for a trial day; it was at Brixton Academy, catering for a band that were playing there. Within the week, I was touring with Megadeth, Slayer, Suicidal Tendencies and Testament! I spent six years touring around the world, with bands, doing all the catering for them, in arenas, stadiums and concert halls. We catered for the truck drivers, the lighting guys, the sound engineers, and the backline crew. Also the bands themselves! We’d come back from a tour, repack our clothes and were off again. In 1989 I was on Take That’s first tour and continued working with them until Robbie left where there was now a massive band and crew to cater for on a daily bases in any part of the world. I certainly learnt to improvise, overcome and adapt on a daily bases to all their catering needs.

Tours were two or three months long with the festival season in-between. We’d go from one tour to another. I worked for Elvis Costello, Kylie Minogue, ZZ Top and Aerosmith plus others and with the bigger bands they would do the stadiums, so we already had the purpose-built kitchens that were ready to go. When we did the smaller tours, with the smaller venues we would have to bring all our own kitchen equipment, hot cupboards, all our meat dry stores, herb boxes all in flight cases, packed on the back of the truck. We really did cater on the move! When we arrived at the venue, we had a driver that would take us to the local supermarkets or cash and carry if it was a really big job. We had to make menus up with everything everyone needed, no matter where we were, buying local ingredients. Whether it was in the Kremlin in Moscow where I worked for a few months or the Caribbean in Martinique where I lived and worked for a while, or even touring around the world with Zuccaro – we went everywhere with him and cooked whatever he wanted. He had Al Dente pasta with chilli, every night. Take That loved everything and anything, home cooked food boys; Muller yoghurt was Gary Barlow’s favourite. Kylie Minogue loved home-made smoothies after the show, she would sit down and have dinner with me and Lou every night.

Dietary requirements are more popular than ever, but for rock and roll people they were a major requirement then as they are now. The bass player from ZZ Top loved Ambrose custard, we had to get tins and tins of it. Aerosmith would only have Gatorade – but in the old days when we couldn’t get it, we’d have to go to American Air Force base in Germany and get it from them. We had to develop food and drinks contacts, with dietary requirements at a very early stage in the evolvement of food that is very popular now.

I worked for the Admirable Crighton and was then seconded to work for Prince Charles, at Holyrood. We catered a lot at Buckingham Palace with the Palace Brigades. Prince Charles had a lot of private events and we would go with his personal chef to help cater for a wide selection of nobility all around Europe going to local butchers to local farmers, getting all the ingredients to cater for his events. Again, dietary requirements were really popular and local food was all we could buy. This was back in the 80s and 90s, we didn’t have Deliveroo or emails. I did all this without a mobile phone!

I did that for another six years, so after fourteen years of being out and about, I decided to make a change. A friend asked me if I could help him with a party and then another asked, and then a friend of mine’s daughter was getting married and wanted me to cater for that, so I literally gave up work in London one day and started up Purple Pumpkin Catering the next. It goes from strength to strength and we, as a company, are still adapting to the needs of the modern-day customer. My background is outside catering, event catering, constant problem solving and reprioritising according to the needs of the customer and supplying lots of different food for lots of different people with lots of different dietary requirements, which is now the norm!

Purple Pumpkin has evolved with a good understanding of not just the basics but the explicit and implicit needs and requirements that our customers want now. After 18 years, Purple Pumpkin is still going strong and for me, at 55, I’m still working hard!”

The home of professional party catering for the discerning palate. Your food is our passion, and our aim is to give you sumptuous food that befits your occasion. Our high standards are matched only by the value for money we offer, a quality we deem to be very important.

Our chefs are dedicated to the highest standards of cuisine and have worked in some of the most desirable locations across the world. Purple Pumpkin brings together their years of experience and mouthwatering recipes for you to savour.

Based in Tunbridge Wells, Kent, we handle private catering for parties across the whole South East, from Surrey, Hampshire, Sussex, Kent, Essex and South London.