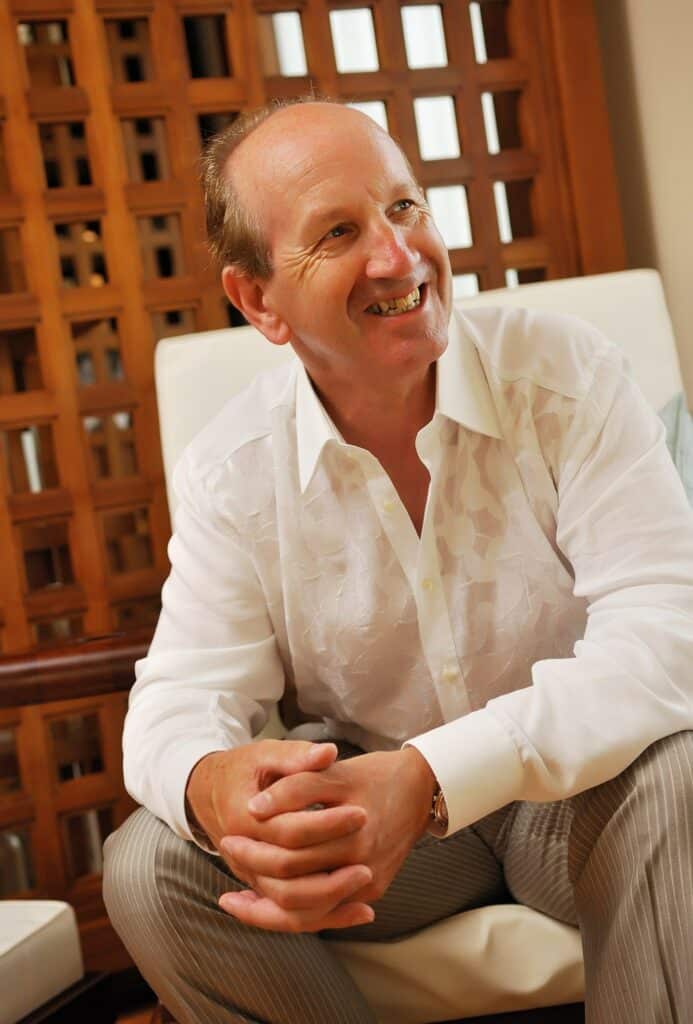 “My father and my grandfather were both carpenters and joiners, so I followed suit. Back then you did a five-year apprenticeship followed by a year in Technical College. After completing college, I joined a firm in Tonbridge called Punnets and stayed with the same joiner for quite a few years to make sure I learnt the trade properly. I saw an advert for a carpenter joiner to help in a pub in Tunbridge Wells called the Castle Hotel, I applied and got the job, I built the bars in there, there were three of them so that took two or three years to complete. I then started working for a bedroom company and got involved in sales. I was at the ideal home exhibition when a couple of guys approached me to head up a company for them. Funny enough that was called Silks bedrooms, hence the name Silk. In those days, people used the yellow pages to look for a company and Sharps bedrooms was the one that everybody knew and used. Therefore, we used Silks because of the S.

After working for those guys for a couple of years, I decided to buy a showroom on Upper Grosvenor road, I bought the showroom under the name of Silks bedrooms and stayed there for around three years but selling furniture made by other people. I then thought, I could do this and make the furniture myself. There was a small company in Tunbridge Wells opposite High Brooms station, it used to be the old laundry, it was called Orchid Kitchens and it was up for sale. So, in 1989 I bought it and the machinery they had and was there for three years. That was in partnership with my father in law, we were then known as Silks bedrooms, but as we’ve now moved into building kitchens the name has changed to Silks Designs Kent Limited, but in the early days, it was Silks bedrooms. In 2004 we bought and moved to number ten Chapman Way and we were there until 2015, we then moved to the present building which is one to four Chapman Way.

I’m 71 years old now and looking to retire, my son Aaron is taking over, he’s been working within the business for the last ten years or so and is doing really well. I’m still coming in on a consultancy basis, but the reality is that I need to retire. I have another son here, who helps in the paint shop downstairs, originally it was a family business. It was my father in law, my wife and myself who kicked it off, we had a couple of staff and we’ve gradually grown it with two of my boys working here.

We have a nice showroom, open to the public, displaying bedrooms and kitchens, and have 9 members of staff. Post COVID we’ve employed a new designer and we’re looking to take on another CNC operator, so, even in these hard times, we’ve managed to employ another person, and are just about to advertise for a second one.

I’ve always loved manufacturing and to see the end product in somebody’s house is a great feeling of satisfaction, the smile on their face and the happiness that they show is extremely rewarding. It all starts with the client’s ideas as to what they want to do, what they want to involve in the way the kitchen or the bedroom works. What worktop colours they want, we bring them in the showroom, go through the internals and the appliances, the different colours and then putting all that together and seeing the pleasure on their face and talking to them afterwards – that is the icing on the cake.

Over 70% of our business is from recommendation, without question! I used to think you would deal with a client once and you would never see them again, but that was so wrong. They move house and their children grow up, they talk to their neighbours and friends and even 20 years later we get people coming back to us after they’ve moved etc.

People can actually come into the showroom and they can sit and look through the window and see their furniture being made, which I think is a tremendous bit of confidence for them. We actually do everything in this showroom. We make it right here, we spray it right here and we fit it, that’s how we’ve built our reputation. We’ve managed to get through recessions, tough times, obviously Pandemics too and there have been times when it’s been really tough, but whatever has happened, we’ve never shut the door and we’ve managed to get through it and we are all still here.

I’m a bit of a dinosaur as far as social media goes but it’s definitely the way to go, we’ve taken on someone to do it for us, we don’t really advertise in magazines anymore so social media is where we are pushing it. Aaron definitely wants to get the public more aware of us, getting them in the showroom so they can enjoy the experience of being in here. We’re going to be installing a new contemporary kitchen in the showroom and start doing cooking demonstrations, our designer knows a top local chef who will be coming in to do the demonstrations and we’re going to be developing the showroom so we have a working kitchen for the demos and invite people in to experience them. Not just for the public, but also for architects, interior designers and small developers etc.

My advice to anyone setting up a business today is just don’t give up! If you’ve made your mind up as to what you want to do, do it. You need to be determined and honest, but if you’ve got something in your mind that you want to do, don’t give up. It has to be sensible and achievable, don’t set your goals too high but also don’t set them too low, just keep going, if it’s meant to be, you’re going to do it!”

Silks Designs Kent Limited is a family owned and operated business. We pride ourselves in bringing family values to the workplace and encouraging a team environment where everyone brings their unique skills to the continuing success of the Company.

Our bespoke kitchens and bedrooms are custom designed and manufactured in our own workshop, here in Tunbridge Wells for each client. We offer a tailor made service from concept to completion, each kitchen and bedroom is designed to meet the lifestyle of the client. We believe the kitchen to be the hub of the home and great care is taken to ensure each kitchen that we design is individual, creative and inspiring.

Our Bedroom and Kitchen showroom in Tunbridge Wells, Kent is open to the public and trade 6 days a week. Silks Designs Kent Limited has carried out kitchen and bedroom installations and renovations all over London and the South East. Other areas can be accommodated – please contact us for further information.