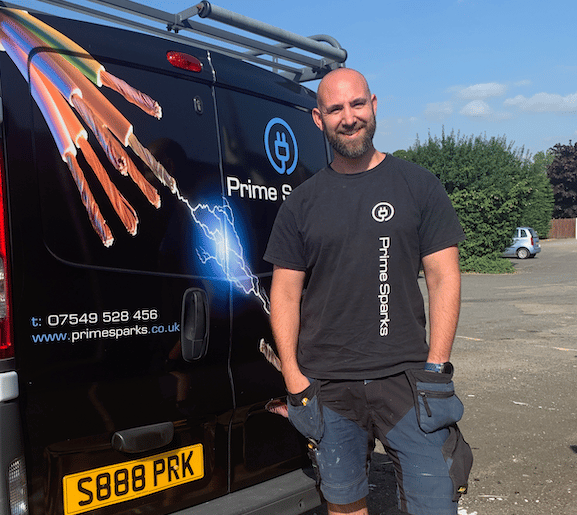 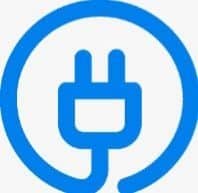 “When I left school, I wanted to be a fireman, my mum said that I should get a trade first and that would set me up for life – I can then be a fireman later if I still wanted to. I sent my CV out to at least fifty different companies around East Sussex, I only heard back from three or four of them and none of them were looking for anyone at that time. My dad was good friends with a builder, so he asked him if he needed a helping hand, he then put me in touch with a local based company in Seaford, I sent them my CV and they accepted me, I did an interview, passed it, and stayed with them for fourteen years!

I still wanted to be a fireman, half fireman and half electrician but after three or four years the idea faded away as I just loved what I was doing as an electrician.

It was a family-based company called J.K Pope and Sons in Seaford and I was lucky to be part of their team, it was a close network of people, so I stayed with them for a long time. As most tradesman do, there were options for private work in the evenings and weekends which built up my private clientele, so I wanted to make the jump from being employed to being self-employed and start up on my own. My partner and I at this time wanted to go travelling, so we didn’t think there was much point in starting up for a year and then head off travelling for a year; so, we went travelling. We had planned on travelling for a year, but my partner missed home so we came back after nine months, we went to Dubai, Australia, New Zealand, all around India, back to Dubai and then came home. It was awesome and I loved it so much.

When we got back, I started from scratch, I bought a van off auto trader, started doing a few small jobs for my old private clients and it all grew from there. At the same time, I was introduced to a networking group called BNI – I had never heard of it before. I was told it was a network group, I had never done anything like that before, but they informed me there was a slot in the Eastbourne chapter for an Electrician, I gave it a go and loved it. I was competing against another electrician that wanted the seat but after attending a couple of meetings the committee gave me the vote, thank goodness! I’ve been a member of BNI 1st Eastbourne now for two years and in the electrical trade for eighteen years!

Before I started my apprenticeship as an electrician, I attended a college course which was a mixture of electrical, electronics and metalwork and out of those three things, electrical was the one I enjoyed the most, so I knew being an electrician was the right thing for me. I had no ambitions of being a plumber or a plasterer it was always electrics which was my first trade. Your never fully qualified, even after eighteen years I’m still learning and love expanding my knowledge. As regulations are changing frequently, new legislations come in to force and the technically keeps growing with the fast demand of E.V chargers and smart home devices.

70% of my work is domestic and 30% is commercial and it’s the positive feedback I get from my customers that I enjoy the most, that satisfaction is what makes me love what I do.”

Roger is an experienced, highly-qualified and expert electrician who is passionate about his job. After completing an apprenticeship for a local family-run electrical company in Sussex, he was one of the few apprentices who showed enough promise and skill to be asked to stay on as a full-time employee. Keen to improve his skill set and further his career, Roger accepted the offer and ended up staying on as a full-time employee for 15 years.